ILGWU or the International Ladies Garment Worker Union, was formed in 1900. In 1935 the union became part of CIO. Tags are notable for their “AFL-CIO” attribution or lack thereof. The AFL and the CIO merged in 1955, therefore any ILGWU labels with AFL-CIO (look closely, as it is often very small) on them are post-55.

In 1974 the labels were changed to a red, white, and blue color scheme. This was in conjunction with their efforts to urge Americans to not buy imported goods: Buy American: The Job You Save May Be Your Own. The ILGWU remained active up until 1995, when they merged with another union, Amalgamated Clothing Workers of America, to form UNITE.

Thanks to ikwewe for dating information 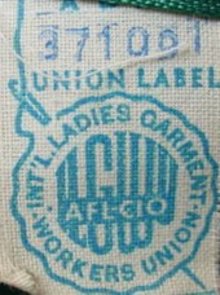 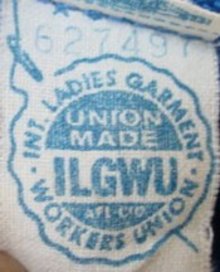 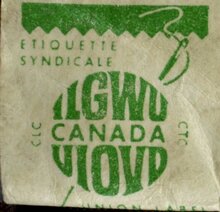 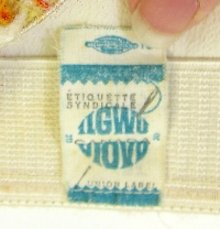 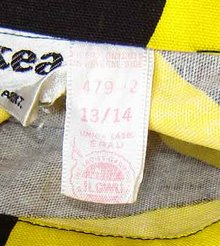 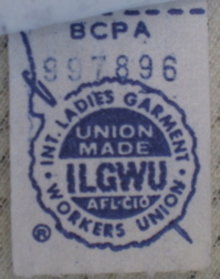 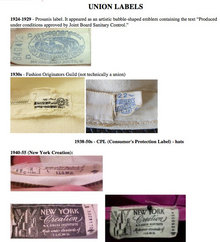 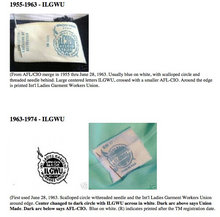 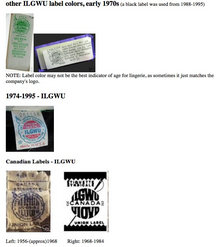 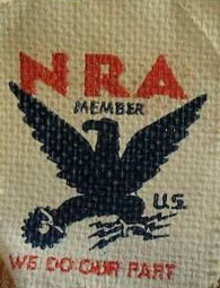 front and back of label from a 1940s hat 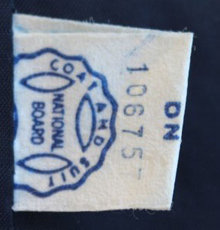