Gantner – Mattern was one of the great swim and sportswear labels to come out of California. The company sprang from the J.J. Pfister Knitting Company, which was started in 1876 in San Francisco. Sometime around the turn of the 20th century two high-ranking employees, John O. Gantner and Alfred Mattern, started their own company, Gantner-Mattern. In the 1930s they were the first company to make men’s topless swim suits, called the Wikie. In 1954 John Gantner, the president of the company, sold the business to shirtmaker C.F. Hathaway. They in turn liquidated the company in 1958, due to a lack of profits.

In the 1980s the Gantner label was revived. 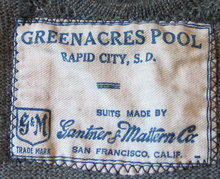 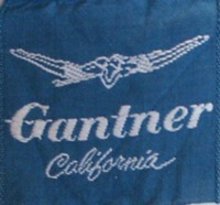 from an early 1950s swim ensemble 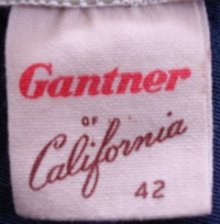