Twill is one of the basic weaves, along with plain and satin. It is characterized by a diagonal rib, and there are a number of variations possible, including right-hand twill, left-hand twill and broken twill.

The diagonal wales are formed by the weaving pattern, which varies somewhat but always involves weft yarns crossing two or more warp yarns. In successive rows the weft float will move in position by one warp yarn to the right or the left. The weave is inherently sturdy: Twills have more yarns per square inch than plain weaves.

A 2/1 twill is called an uneven twill and a warp-face twill, uneven because of the two to one ratio, and warp-face because there will be more warp than weft yarns on the surface. Gabardine is an example. Even more sturdy is a 3/1 twill, because the warp is stronger than the weft. Examples are drill and denim.

A 2/2 twill is an even twill, and such a twill shows its diagonal wale equally on its face and its reverse. Wool fabrics such as serge and authentic tartans and district checks are even twills.

Another distinction in the twill weave group is the angle of the twill. The steeper the angle (from a horizontal line), the more warp yarns are employed, and the sturdier the fabric. A 63˚ angle is considered steep, 45˚ is regular, and 23˚ is reclining. This last is relatively rare. 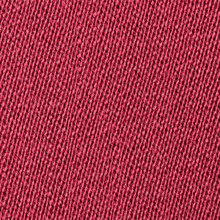 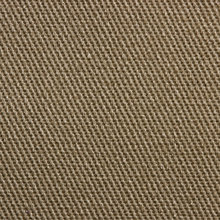