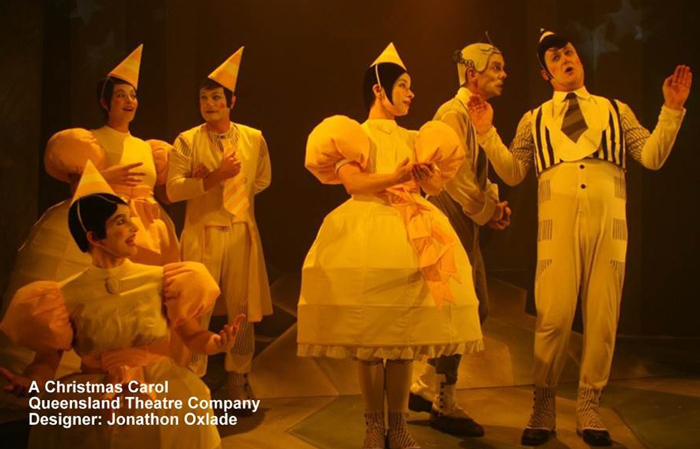 Long Term VFG member Gayle MacGregor works in Theatrical Costuming, which she manages alongside her love of collecting and selling Vintage Clothing.
Gayle started in Theatrical costuming in her final year at Fashion College in 1983, after a work experience placement at Queensland Theatre Company. She rose through the ranks over many years, working for all major Theatre Companies in her home state Queensland, including running the Costume Workshop at Qld Theatre Company for many years. Gayle left fulltime employment in 2009 to return to freelance work, and now works across many different companies in theatre, dance, opera, and circus costuming.
Gayle’s speciality is period costuming, especially 15th- 18th Centuries . Gayle studied the construction of clothing from this period as part of a Winston Churchill Memorial Scholarship in 2005, in the United Kingdom.

Here are some examples of her work.

SINGAPORE DANCE THEATRE: Don Quixote
This was a rush job for a Designer Friend. 11.5 Days Start to finish made this a huge challenge, along with a double cast- so two of everything!. I cut all the patterns, and then worked on building the Tailcoats whilst 3 of my colleagues, worked on the remaining costume pieces, along with 2 fur trimmed coats for the Gypsy King character. The fabric was Fed Exed to Australia and the Finished Costumes were sent back the same way. The costumes arrived in Singapore at 12pm on the day of the final dress rehearsal.
The gold metallic lace trim was placed by the designer, and then I tacked it all into position by hand. Lace was then machine sewn, along with additional hand sewing to secure to very tips of the lace. 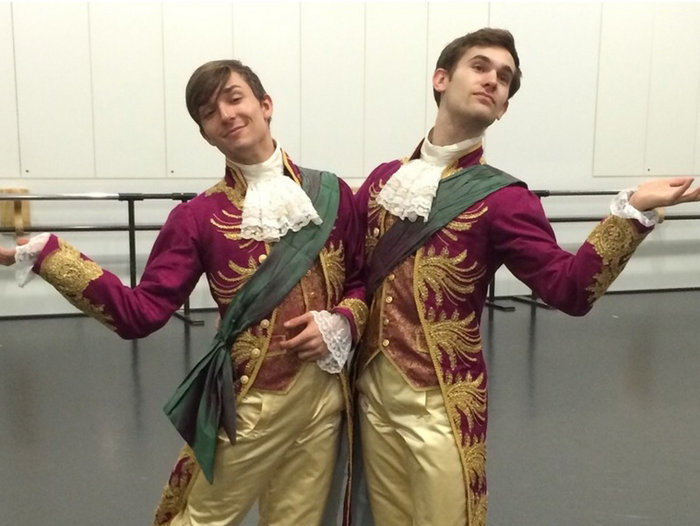 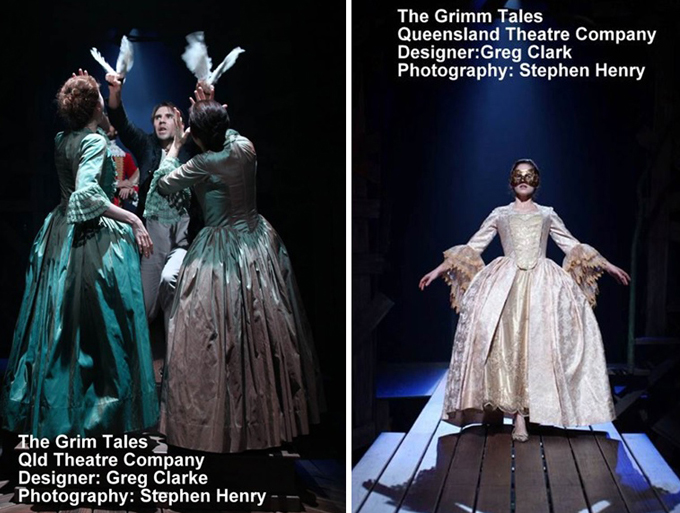 Collars and capes made for Queensland Ballet: Cinderella 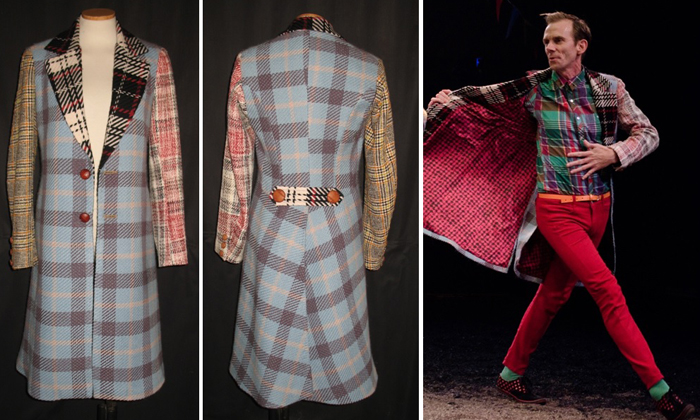 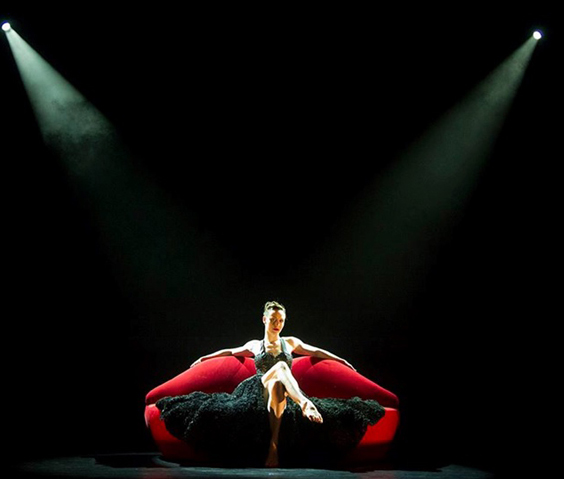 QUEENSLAND BALLET: The Nutcracker
My Task on this production was to make all the costume components for ‘Fat Family”. This entailed building four fat suits, and then once fitted I could build the outer costumes. I made the costume patterns by draping calico on the stand over the fat suits to make the pattern, and then I could build the costumes from there. Initially the fat suits were not fat enough, so more padding was needed. The first photos show the start of Fat Mother- the remaining pics are of ‘Fat Father’. 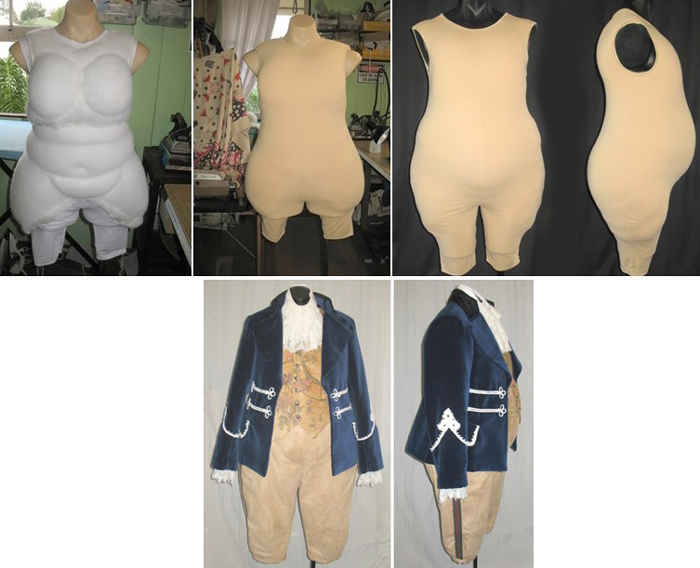 And where it all started! Gayle’s surreal interpretation of Alice and Wonderland made into a swing jacket, fashion college 1983.