Vera Wang’s (b. 1949) first foray into the spotlight was as a competitive figure skater. In 1968 she took fifth place at the U.S. National Championships. “The only thing that I loved as much as skating were clothes,” she said to People magazine in July 1991. That was a good thing too, because not wanting to tour in an ice show and failing to qualify for the 1968 Olympic team put her plan B into action.

After graduating from college in 1971, Wang began working at Vogue magazine. In one year she was promoted to fashion editor, the youngest in Vogue ‘s history, and retained that position for sixteen years.

Wang went to work as a design director at Ralph Lauren in 1987 but it was while shopping for a wedding dress for her own upcoming nuptials to Arthur Becker in 1989 that her designing fingers started to itch. Frustrated with the gowns she was finding, she designed her own and hired a dressmaker to create it for the cost of $10,000. With financial backing from her father, Wang opened her own bridal boutique in 1990 in the Carlyle Hotel on Madison Avenue in New York. She carried bridal wear by well-known designers as well as her own designs.

Her connections to the skating world brought her international attention when she designed Nancy Kerrigan’s skating outfits for the 1992 and 1994 Olympics. But her reputation was made on her elegant, luxurious wedding gowns.

Wang single-handedly revolutionized the bridal dress industry by appealing to a more sophisticated bride with her elegant couture gowns that had a touch of sex appeal instead of the puffy, fluffy, frou-frou frocks that were more commonly being made at the time.

Wang’s genius is in the fit of her gowns. Her cuts make the clothes appear weightless, her strapless dresses do not cause folds in the skin under the arms or in the back.

Wang branched into evening wear in 1996 and caught the attention of many celebrities who sought her couture creations for red carpet events under the label ‘Vera Wang Made to Order’, or her ready-to-wear line which was available at leading stores such as Saks Fifth Avenue, Barneys, Bergdorf Goodman, and Neiman Marcus.

In 1997 Wang worked with Italian shoe company Rossimoda to create a line of dress shoes to compliment her evening and bridal gowns. Under a licensing agreement with Unilever Cosmetics, Vera Wang’s first signature fragrance was launched in spring 2002. 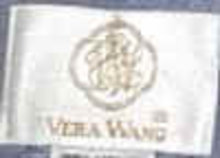 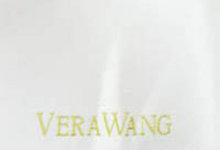 Courtesy of vintagetrend
← previous next →