John Redfern was a tailor in England in the mid-19th century. About 1870 he began making women’s dresses and sports clothing. In 1881 Redfern opened in Paris and, in 1896, in New York. The company was highly regarded and was most known for their tailored suits.

Redfern closed in London in 1929, but in the US the label was acquired by the Cohen, Friedlander, and Martin Company. They produced women’s coats and suits at least into the 1940s. 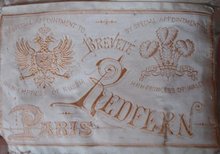 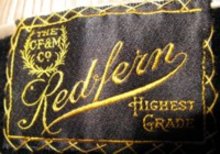 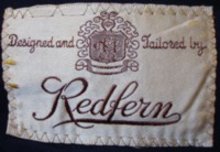