Lilli Ann was started in San Francisco in 1933 by Adolph Schuman, naming his company for his wife, Lillian. The company became known for their beautiful, elaborately designed suits and coats.

After WWII, Schuman went to France and it was during this time that the labels had “Paris” added to them. While in France, Schuman was buying fabrics, and many of the labels in Lilli Ann designs also contain the name of the French factory that made the fabric.

Many of these fabrics were bought from small textile companies that were in such financial straits after the war that they were in danger of closing. Schuman bought from these small companies, and was thus credited with saving many of them from financial ruin. For his efforts Schuman was awarded medals from both France and Italy, and the Lilli Ann customer got a suit made of high quality, hand-loomed fabric.

In the 1960s, there was a popular Lilli Ann Knits line, and a mod-inspired London line. The 1970s brought a career look for Lilli Ann. Adolph Schuman died in 1985, but the company continued under the direction of his heirs. The company was sold in the 1990s, and was closed by 2000. 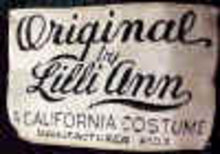 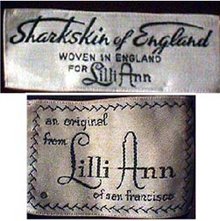 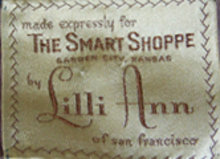 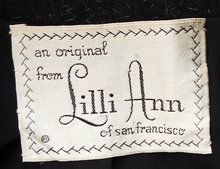 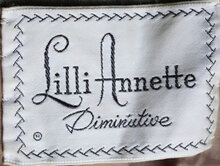 from a mid-1950s suit jacket for Petites 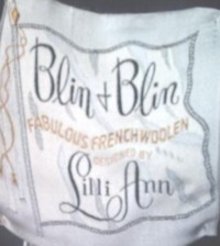 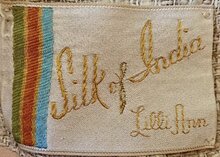 from a 1960s dress and coat ensemble 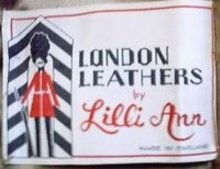 Courtesy of bijouvintage
← previous next →