Levi Strauss (1829-1902) immigrated to the United States from Bavaria in 1847. He worked in the family’s dry goods business in New York until 1853. Upon hearing news of the California Gold Rush, he headed to San Francisco to make his fortune selling dry goods to the miners.

In 1872, Jacob Davis, a tailor Strauss supplied with denim, approached Strauss with a proposal. Davis had developed a method to strengthen men’s work pants by adding rivets to stress points like pocket corners. He lacked the funds to apply for a patent, so proposed that Strauss become his business partner in this venture. On May 20, 1873, the patent was granted to Davis and Strauss, paving the way for the Levi’s riveted blue jean to become one of America’s most iconic and enduring product.   Initially known as “waist overalls”, these reinforced denim work pants became instantly popular, and soon the company was producing a variety of riveted products in their local factory. One pant model, known as the XX, was given the lot number 501 in 1890, and is still its most popular model to this day.

Levi Strauss died in 1902 leaving the business to his four nephews.   The company continued to be family-owned for many decades, prospering thanks to a commitment to producing a quality product with durability and comfort in mind, by workers paid a fair, living wage.

In 1934, Lady Levi’s were introduced, causing an uproar. According to Levi Strauss & Co. Historian Tracey Panek, “Women wearing pants — especially denim Levi’s® — was considered inappropriate and unacceptable in the 1930s and most of the 1940s with few exceptions.” During WWII, blue jeans were deemed essential for those involved in the defense efforts, making them a coveted commodity.

Levi Strauss & Co. was key to the success of the all-important uniform of the counter-culture: the bell bottom jean. What began as a DIY project by San Francisco hippies who added fabric inserts to the bottom of blue jeans, soon caught on, and Peggy Caserta, owner of the Haight Street boutique Mnasidika who sold them, couldn’t keep up with the demand. In 1968, Caserta approached Levi Strauss & Co. asking for help mass-producing the flare-legged jeans. In 1969 Levi’s introduced the 646, their first bell bottoms, sparking a world-wide fashion trend.

In 2003, Levi’s closed its last remaining factory in San Antonio, Texas, ending 150 years of making jeans in the USA. As of 2006 most of Levi’s manufacturing takes place in emerging countries. Levi Strauss & Co. operates worldwide with divisions in the USA, Europe and Asia Pacific, Middle East and Africa, production facilities in over 50 countries, and a workforce of 16,000 employees. Levi Strauss Signature jeans are sold in 110 countries. 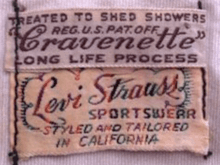 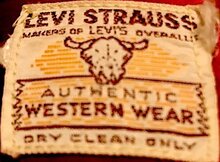 From a 1940s women's western shirt 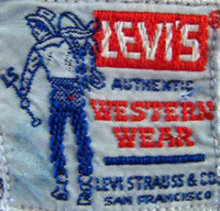 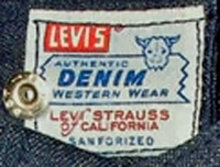 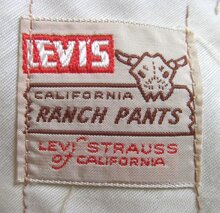 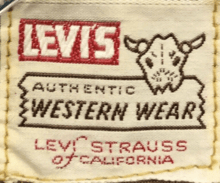 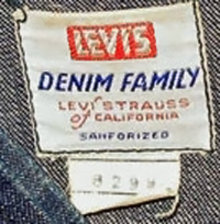 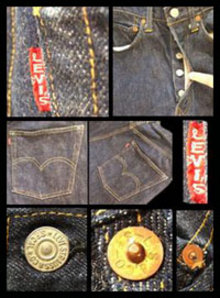 from a late-1960s suede jacket 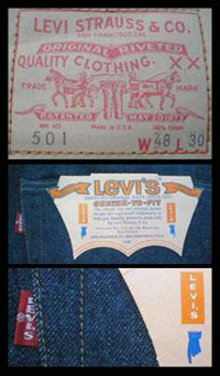 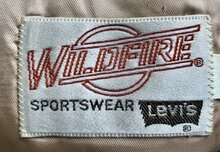 from a pair of early-1980s stretch jeans 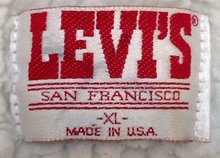 Courtesy of dadamfo
← previous next →