The first Gap shop was opened in 1969 by Donald and Doris Fisher in San Francisco. The name referred to the generation gap in the market at the time. They originally sold LPs and everything Levi Strauss & Co. made in every size and variation, supposedly leading to a worldwide shortage in indigo denim and leading to Gap making their own brand of jeans and no longer selling Levi’s.

They expanded to 24 locations before selling their first private-label merchandise in 1974.

Gap’s logo from 1969-86 was all lowercase black text on white with ‘the’ in a smaller size above the ‘g’ of Gap. (this trademark first used for clothing in 1974, granted in 1976)
From 1986 to the present day the logo is a blue box with capitalised white text placed centrally. A new logo presented in 2010 of bold black text on a white background with the ‘p’ overlapping a small blue box was abandonded after only one week due to public outcry.

As of 2013 Gap is a multinational clothing retailer owning several brands over the years of which 4 remain active: Banana Republic (purchased 1983), Old Navy (created 1994) Piperlime (created 2006) and Athleta (created 2009). 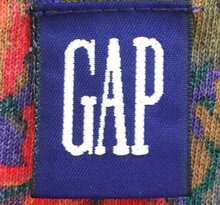 from a 1980s womens sweatshirt 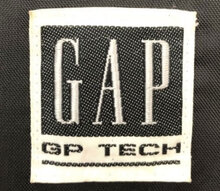 from a 1990s windbreaker 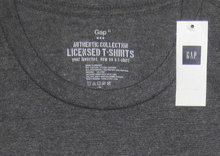 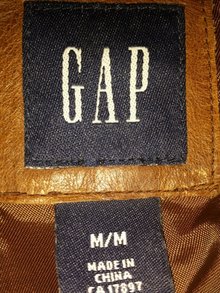 Courtesy of thesouthwedge
← previous next →