Andre Courreges (1923 – 2016) was trained as a civil engineer, but he chose a career in fashion. He worked throughout the 1950s as a fitter at the House of Balenciaga. He left in 1961 to form his own business. His first collections showed traces of the Balenciaga influence, but he soon began working in a new direction.

In 1964 Courreges showed the first of his “space age” inspired collections. He was the first in Paris to show the mini skirt and tunics over trousers. His work was wildly popular, and thus, widely copied. In disgust at the cheap copies of his work that were available world-wide, Courreges suddenly sold his business near the end of 1965.

Two years later, he had reopened, and along with his couture, he introduced two ready-to-wear lines: Couture Future and Hyperbole. In 1973 he began a menswear line.

Though associated most closely with the 1960s, Courreges continued to operate through the 1970s and 1980s. In the early 1990s, Jean-Charles de Castelbajac was signed to design the Courreges ready-to-wear lines. The business is still in operation.

from a late 1960s pair of leather gloves 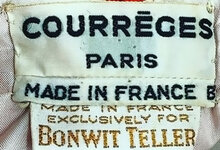 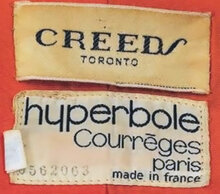 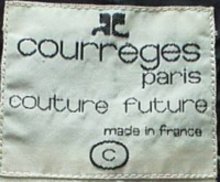 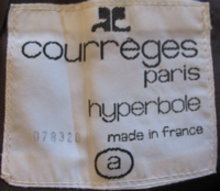 from a pair of 1970s bell bottom pants 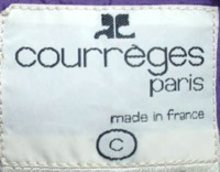 Courtesy of chexmov
← previous next →