Bonnie Cashin (1908 or 1915-2000) is considered to be one of the great innovators of modern fashion. She was introduced to fashion design by her mother, a custom dress maker. While she was still in high school, Cashin began designing costumes for a local dance troupe in southern California, and before long she was in New York City, designing for the Roxy Theater.

Her designs attracted the attention of Carmel Snow, who arranged for Cashin to meet Louis Adler, the owner of Adler & Adler, a coat and suit manufacturer. Cashin was hired as head designer in 1937, and she worked at Adler & Adler until 1943. Her designs during this time carry only the Adler & Adler label, but Cashin kept a scrapbook in which she cut out pictures from the fashion magazines and checked the clothes that were designed by her!

Cashin was determined to create clothing for all aspects of an active, modern woman’s life. In order to do this, she began working for several different manufacturers at the same time. For Adler & Adler, she continued to do wool and tweed coats and suits, at Main Street Rainwear she did raincoats, and she also did lingerie and knitwear for other makers.

In 1953, Bonnie Cashin started one of the best known of her many design assignments – working as head designer at Sills and Company, a leather house run by Phillip Sills. Cashin began making leather garments as fashion – skirts, pants and slacks, in addition to coats and jackets. She also became known for her mixing of fabrics and textures, such as leather with tweed or mohair, and suede with canvas. Cashin designed for Sills until 1977.

Cashin was inspired by everyday objects. The story goes that she got the idea to use metal toggles as closures on her clothing by observing the way her convertible top attached to her car. Her clothes were full of new and interesting closures – dog leash clasps, toggles, ties and snaps instead of the usual zippers and buttons.

She also loved garments that had multiple uses, and she all but invented the idea of layering clothing. And her clothing was always designed with ease of use in mind – handbags with double entries, handbags built into garments and hooks to easily change the length of a skirt.

In 1962, Bonnie Cashin was hired by the then new line of leather handbags, Coach. Cashin applied some of the same principles she used in designing clothing to her designs at Coach. Her handbags were for the modern woman. She used brightly dyed leathers and many had attached purses. She also did matching accessories such as wallets, and as she did in her clothing, she used interesting closures and hardware. Cashin continued to design for Coach until 1974.

Throughout her long career, Cashin worked for many different firms, including the Scottish Cashmere company, Ballantyne 1964 – 1968, Crescendoe and Superb gloves, Modelia and Russ Taylor raincoats, and Meyers handbags. In 1972 she started The Knittery, a company that produced knit-to-fit sweaters. In 1977 she started her “Cashin Country” line. Bonnie Cashin retired from designing in 1985.

If you have a garment with Bonnie Cashin’s name on it, then it was designed by her. She never entered into any licensing agreements, and never employed assistant designers. Today, Cashin’s designs often look so modern as to make a casual observer of her work think, “What’s the big deal?” But actually, that’s the point. Cashin’s work was so influential that today most of her innovations are commonplace.

Courtesy of Bret at Main off 5th

from an early 1960s leather coat

from a 1960s cashmere sweater

from a 1960s cashmere sweater 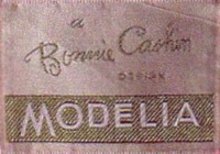 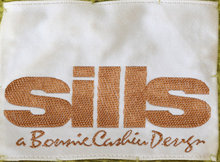 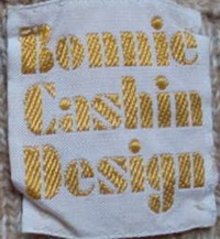