Skunk fur is rather long, with coarse, glossy guard hairs of about one to two inches, which have the qualities of strength and longevity. Normally the under-fur is grayish underneath the black guard hairs and white underneath the white guard hairs. If the more valuable all-black pelts were not used or available, the entire pelt was dyed a uniform, glossy black.

Skunk fur has been used in the fur industry as early as the mid 1800’s, gradually increasing in popularity into the 1900’s when it exceeded production of the most traded fur – Muskrat. As the United States recovered from the Great Depression a strong market for fur trimmed cloth coats created a demand for skunk, with pelts doubling in price into the early 1940’s. Previous to the 1950’s it was sold under different names including Alaskan sable, and American Sable.
After the identity of the fur was known, Skunk took a dive in popularity. This continued into the early 1970’s at which time the offbeat, unconventionality of it seemed to restore its appeal for a brief time after which it went out of use again. An upsurge in the popularity of Skunk fur has taken place with fashion houses such as Prada and Fendi using the black or brown-and-white varieties in items from handbags to throws and long, sweeping coats.

“The hop growers loved the skunk because they ate the hop grubs that damaged the hop vines. The hop growers of the state, centered in Madison County, petitioned the State Legislature to pass a law giving the skunk a closed season. Thus the skunk became the first New York State furbearer to have legal protection!” “Many times a farm boy could earn more in a season’s trapping than his father made in a year on the farm. Skunks saved some farms during the Depression by the income from their pelts.” Norman Evans, Stories From Old Georgetown 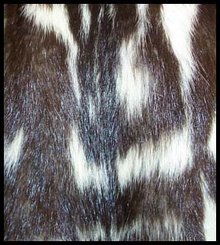 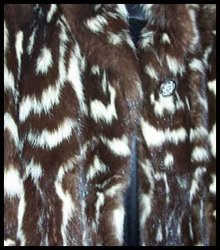 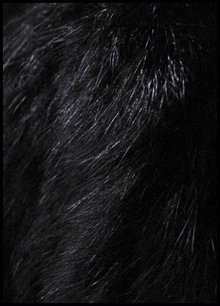 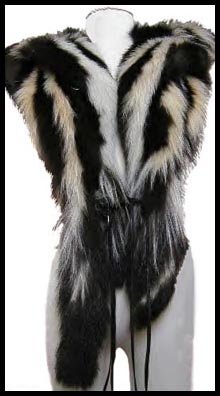 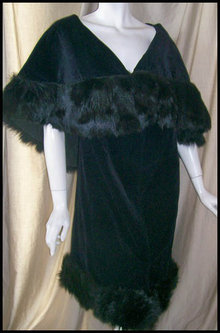 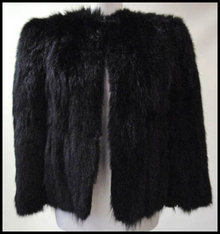 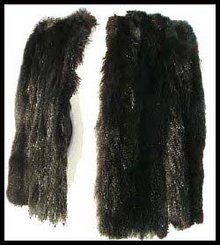