Australian Possum: The possum is often confused with it’s cousin, the opossum. The fur of possum is a bit silkier though. It feels soft and has a slightly singed like appearance due to fur damage that it has most of the year. Possum fur is naturally shades of deep brown, rusty brown, and a rich blue gray however it is sometimes bleached, dyed, or sheared. There are many species of possum. Possum is native to Australia. The Brushtail Possum was introduced to New Zealand from Tasmania, Victoria, and New South Wales to broaden it’s use in the fur industry. Possum now inhabits both Australia and New Zealand. Possums used to primarily live in rainforests, where there were bushes, hollow trees, and logs. Now though, they have made themselves at home in inner city neighborhoods, becoming pests in the similar ways as the American Opossum. They are nocturnal animals that are known to sleep during the day and hunt for food at night. Some of the rarer species are threatened, but commercial use of most possums today help to preserve the forest, surrounding environment, and protect other animals such as birds; their eggs, chicks, and animals that provide dairy and meat sources.

The fibers of possum fur are also sometimes added to Merino wool to make the wool warmer and stronger to prevent the wool from pilling.

Brushtail Possum: Originally from Australia, now commonly seen in New Zealand the Brushtail Possum gets it’s name from it’s bushy tail. It is the size of a large cat, has black guardhairs with grey fur tips, a cream colored underbelly, and a black bushy tail. The underside of the tail has less fur so it can grip onto trees. The male has a reddish brown marking in the chest area.

Australian Ringtail Possum: Found in Eastern Coastal Australia, New Guinea and Tasmania. Named for the curve at the end of its tail. They are the size of a house cat and generally gray brown beige on the belly with a white patch behind the ears. 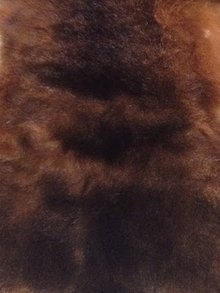 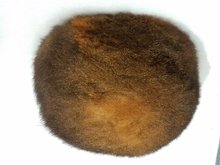 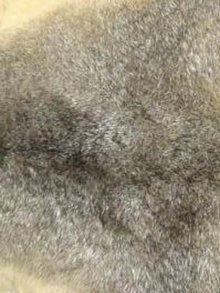 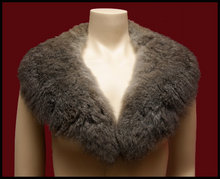 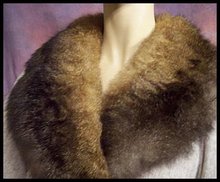 Courtesy of thevintageclothesline
← previous next →