The Vintage Fashion Guild would like to honor the life and work of designer Geoffrey Beene who passed away in September, 2004. We have collected a pictorial history of his designs through the years of actual garments either owned or sold by our members.

Beene was born August 30th, 1927 in Haynesville, Louisiana. Initially, Beene planned to follow in his grandfather’s footsteps and become a doctor. He was enrolled in the pre-med program at Tulane University, New Orleans. It was here where Beene began sketching his first designs. 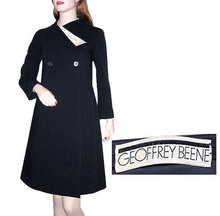 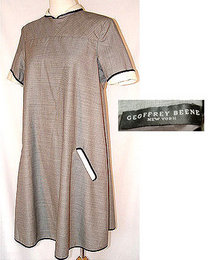 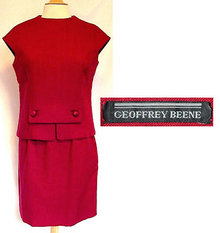 He quit medical school and his displeased parents sent him to the University of Southern California to complete his studies. Instead, he landed his first job in the industry as an assistant in the display department of the downtown Los Angeles branch of I. Magnin.

Beene then moved to New York in 1947 where he attended the Traphagen School of Fashion.

Next he went on to Paris where he studied at L’Academie Julian (the same school where Toulouse Lautrec had gone) and l’Ecole de la Chambre Syndicale de la Couture Parisenne. 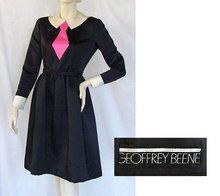 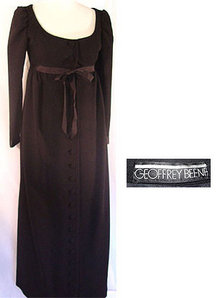 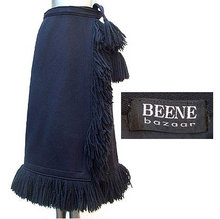 In the early 1950s he returned to New York. He worked for a year with Samuel Winston and then as an assistant designer at Harmay – a 7th Avenue design house.

In 1958 he produced his first collection for Teal Traina – receiving credit on the labels and in editorial copy. 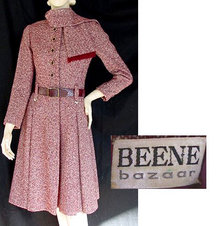 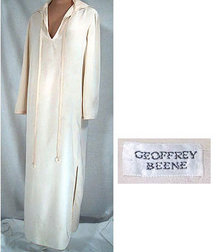 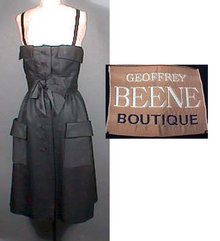 In 1963, Beene started his own fashion empire with the unveiling of his first women’s collection and was an immediate success. 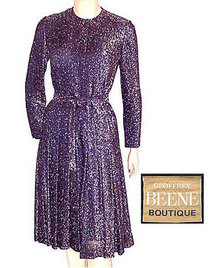 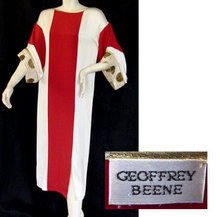 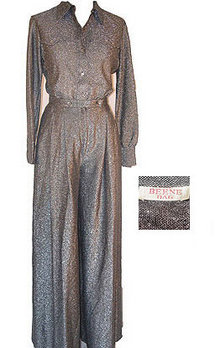 In 1967, he designed the wedding dress for first daughter Lynda Bird Johnson. 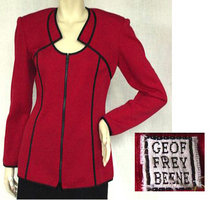 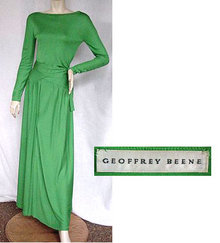 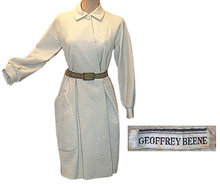 In 1969, Beene created a menswear line which down the road led to a license agreement with Van Heusen for shirts.

In 1971, Beene pioneered a lower-priced “Beene Bag” label for casual clothes that cost a fraction of his signature collections. Also in 1974, Beene became a member of the Fashion Hall of Fame. 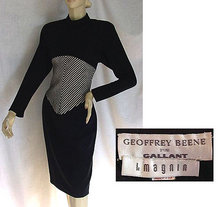 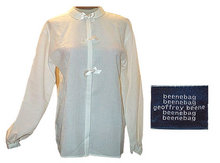 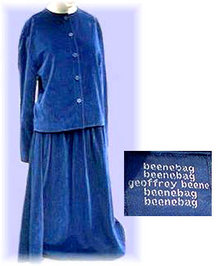 In 1976, Geoffrey Beene was invited to show his clothes in Milan. He was also among the first American designers to produce and sell his collections in Europe and Japan.

“Fashion is my way of contributing to other human beings. It is my way of communicating with people, of making something better in their lives.” Geoffrey Beene, 1978 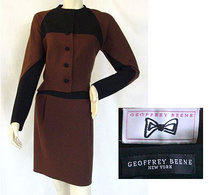 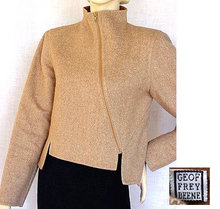 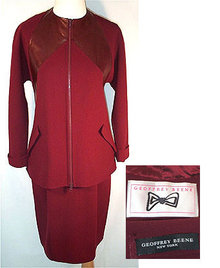 His designs were displayed in several galleries and museums, including New York’s Fashion Institute of Technology in 1994 and the Cooper-Hewitt National Design Museum in 2002.

“The more you learn about clothes, the more you realize what has to be left off. Simplification becomes a very complicated procedure.” Geoffrey Beene 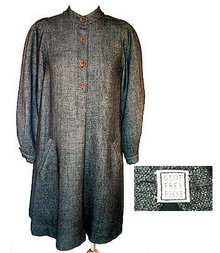 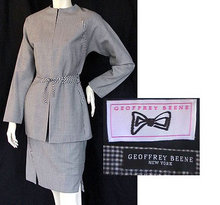