Adrian (1903 – 1959) was born Adrian Adolph Greenberg. As a teenager he changed his name to Gilbert Adrian in 1922. His father was Gilbert Greenberg, who later changed his own last name to Adrian to signal pride in his son’s accomplishments. Adrian started out in costume design working with Irving Berlin and later George White’s Scandals. 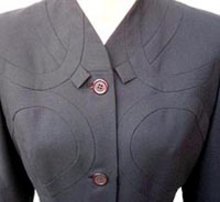 He went under contract with Cecil B. DeMille in 1926 and in 1928 he was lured to MGM. Adrian was a workhorse of film design, turning out scads of film costumes of all types. He handled both period wardrobes and elegant modern fashions with great skill, although his period films were more representative of his personal interpretation of period clothing rather than of historical accuracy. He would exaggerate a silhouette, or move a story to a different time period he felt was more in line with current fashion. But Adrian’s costumes were always attractive and very well received. 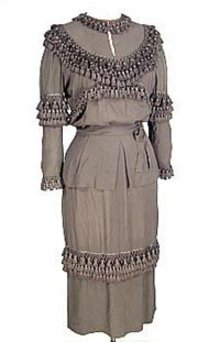 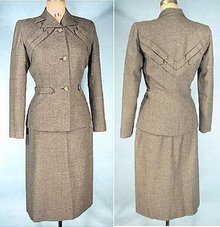 Margaret Bailey in Those Glorious Glamour Years : “….Adrian was not afraid to test surprising new styles or have a bit of fun with a design. He maintained it would either be fashionable by the time the movie was reviewed or be so unusual that it was exempt from fashion.”
As a film designer, he became a highly paid star in his own right. According to Hollywood and History ;“In 1940, one thousand American buyers voted on their favorite designers. Three of the top nine names were designers from motion pictures; Adrian, Travis Banton, and Howard Greer”. Adrian had that kind of recognition.

Many of Adrian’s film designs were adapted for retail and merchandised in New York. His work for Greta Garbo starting with A Woman of Affairs was noticed by Seventh Ave., and featured in Women’s Wear Daily. Garbo’s slouch hat and trench coat were sold cross country, as well as her little pill box hats from As You Desire Me and her Eugenie hat from Romance. His work for Joan Crawford was copied extensively as well, especially her organdy dress from Letty Lynton. His costume sketches were often published in Vogue. Adrian left MGM in 1942, and returned only once, 10 years later for Lovely to Look At in 1952.

In 1942, Adrian began the process of opening his own salon in Beverly Hills with his business partner, Woody Feurt, formerly of Bullock’s-Wilshire. The inaugural showing was held at his residence, with his wife Janet Gaynor as hostess in the garden. Pre-show buyers were Stanley Marcus, Mrs. Best of Seattle, William J. Block of Indianapolis and Garfinckle’s. Bonwit Teller and Marshal Field signed on after the first show. The first full showing at the salon was a huge success. Dress Number 346 – named A Black Dress, (first designed for Carole Landis for film), became a standby for years – selling a 1000 at Marshall Fields in the first three months. Adrian thought the dress a bore, and never had it photographed. Although never truly given his due as a fashion rather than costume designer by the New York establishment, particularly after the post-war return of Paris couture, Adrian opened a replica of his salon in with a NYC, with a collection there in 1948. There were four packed showings with police to control the crowds. And the backer, Louis Wheeler of Gunther-Jaeckel, tripled his money on the first day alone. Robert Riles sums up Adrian’s career in American Fashion : “During the decade of Adrian Ltd., particularly during the war years, he was one of the American designers capable of making an individual statement. His influence was felt in every showroom and store in the country; his trim jackets and slinky crepe dresses were reproduced in every price bracket. To judge by his imitators, he was the most influential designer in their copybooks. For them he took the place of Paris”.

Adrian’s signature look in the 1940s became so widespread that it is often remembered as the look of the period : padded shoulders, slim jacket with details that emphasized the shoulder and the triangular line and a pencil skirt. He often added or cut in different details on one sleeve than the other with his suits. His long draped and beaded evening gowns were another dominant style. When the New Look came, Adrian stayed with his 1940s silhouette, lengthening the hems, but keeping the square shoulders. He was very opposed to the corseted waist of the New Look. Adrian used a wide variety of themes with flair: manipulated stripes, trompe-l’oeil effects, contrasting fabrics and colors, beading, ethnic Spanish and Persian motifs, animals, even Gothic themes. His maternity smock for his wife Janet Gaynor was copied everywhere for years and years.
From Bret Fowler of Main off 5th: “A friend of mine interviewed Sam Sunshine, the last living tailor to work for Adrian. He said that each suit was tailor made from start to finish by one tailor, meaning one person did all the work for the suit he was making, instead of having a stable of stitchers passing them along. He said to interview for a position with Adrian, you were given a stack of all the cut garment pieces and interfacings and you had to work from a sketch or maybe one sample garment, [with] no instructions and had to assemble the entire suit from start to finish. If you did it properly you got the job, [the] bad thing was the job never changed and that was how you had to make the suits in real production.”

Adrian retired in 1952 after a heart attack, living in Brazil part of each year. He returned to costume design in 1958 for an opera, At the Grand, and was at work on costumes for Camelot on Broadway at the time of his death in 1959. 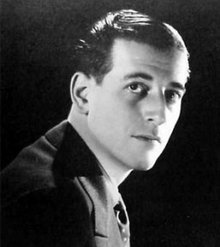