The top hat is often referred to as a stovepipe hat, high hat, silk hat, tall hat, topper, or opera hat. The top hat generally has a very tall crown with a flat top and a flat or curled brim. It is the classic headwear choice with formal day and evening clothing.

The top hat is most often seen in black silk but it can also be found in gray for wear with formal day clothing. 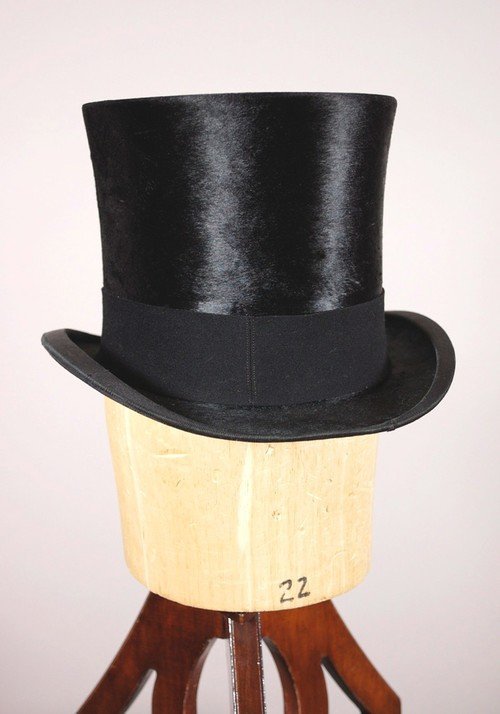 The top hat has a rather unique history: as the story goes, the first man in England to wear a top hat, a haberdasher by the name of John Hetherington, was arrested in 1797 for daring to wear such a ‘scandalously preposterous’ piece.

Top hats were customarily made of silk plush which required a special shellac finish, made from the droppings of certain insects found only in India. Today, no manufacturers of such silk plush remain, and modern top hats are often made of velvet, wool, or silk. 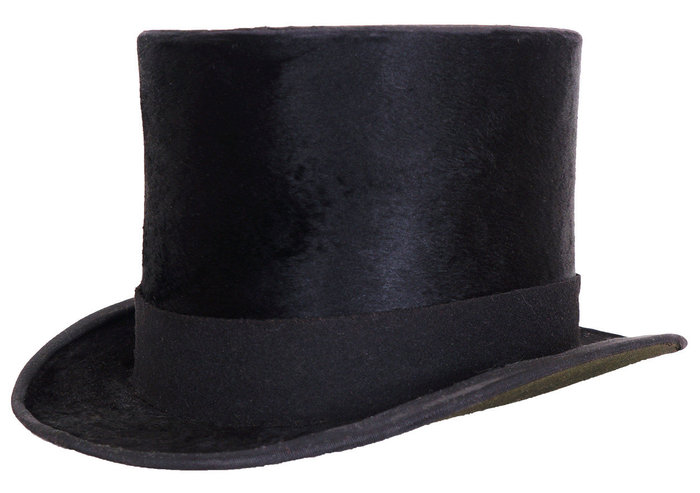 The collapsible version of the top hat is called an opera hat (or gibus); it collapses into a ‘pancake’ shape in order to be easily stored in a narrow tray under an opera seat. 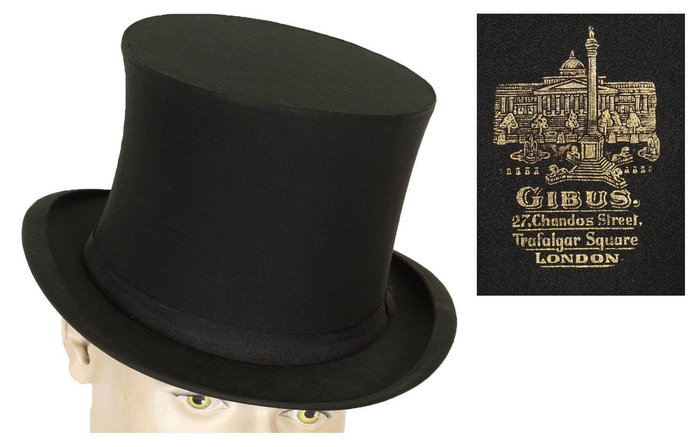 There have been many famous real and fictional top hat wearers throughout history: Abraham Lincoln, Marlene Dietrich, Rich Uncle Pennybags from the Monopoly game – and, of course, the iconic Mr. Peanut.