Last week in the VFG’s public forum series on fabric (Fabric Friday) we talked about a printing technique that is maybe not as useful to know as it is fun to know. Unless you work with quilts and day wear from the late 19th century, and to a lesser degree the first couple of decades of the 20th century, you are not so likely to run into …

Very popular in the last several decades of the 19th century, mill engravings were intricate prints made by hand engraving small steel rollers (“mills”), which would then be used to emboss larger copper rollers by repeating the pattern evenly over the entire roller. Copper was not as durable as steel, but steel was hard and difficult to engrave. When the copper roller became worn, the original steel pattern would be used again on the smoothed-off copper roller, or a new pattern would be used. 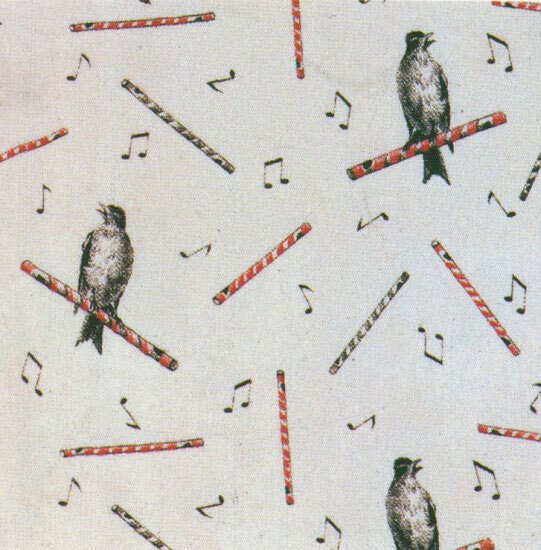 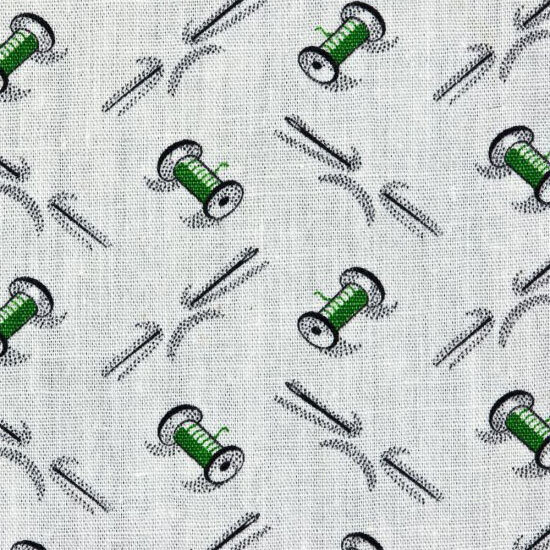 The designers of these fabrics probably had a hard time dreaming up sufficient numbers of new prints, and perhaps took inspiration from their surroundings. I’ve seen buttons and pins for instance. This print is of fabric swatches—and they are mill engraving prints! 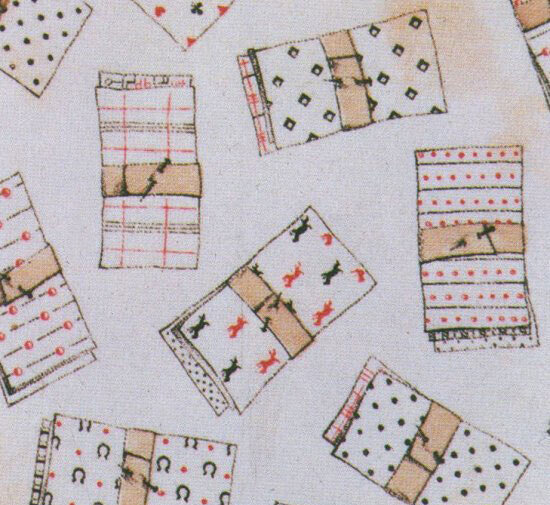 The most common colors were red and black. 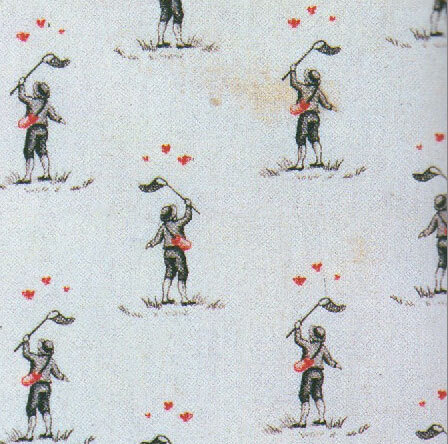 The patterns could be whimsical bordering on strange. 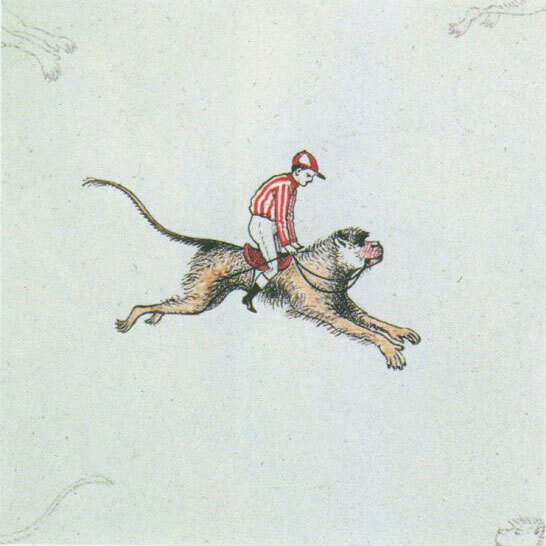 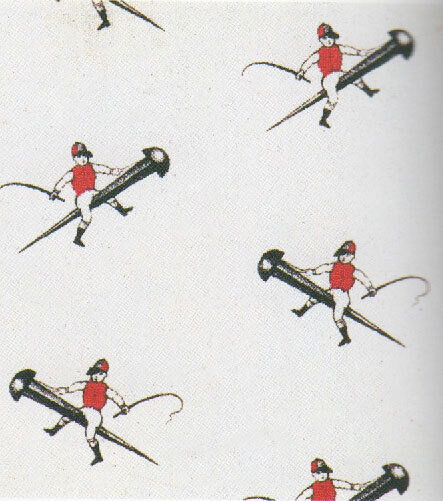 Anything and everything was printed so long as it wasn’t completely tasteless. 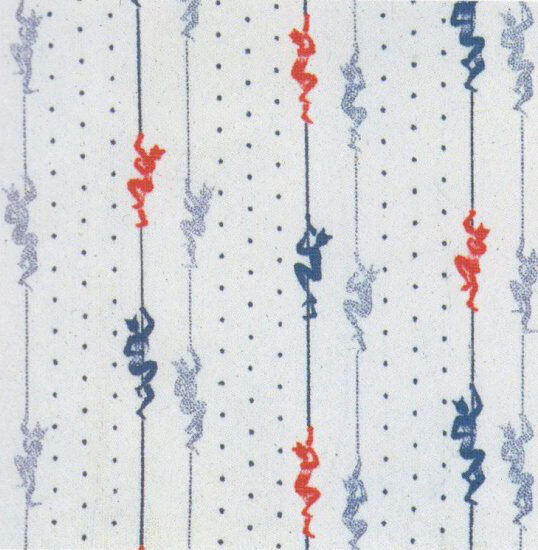 Notice the fine definition of these small prints—this was possible with this printing technique, and when the technique was set aside, the detail was as well. 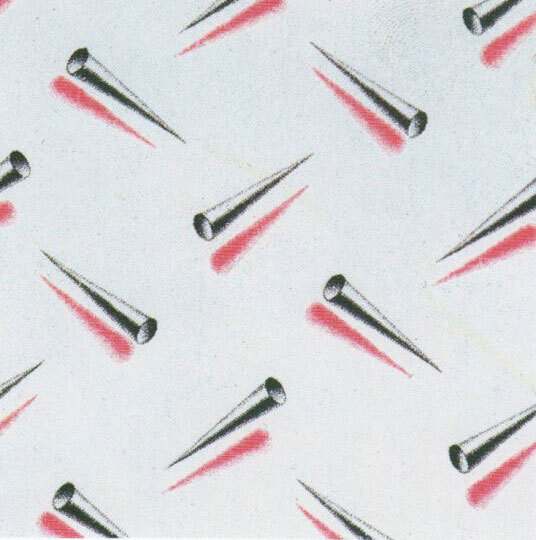 All but the second of these, my own photo, was scanned from:
Textile Designs: Two Hundred Years of European and American Patterns Organized by Motif, Style, Color, Layout, and Period Paperback by Susan Meller. This is a beautiful book, in case you haven’t seen it.

If you are interested, here is a link to the book in our fundraising shop (the VFG earns affiliate income when a purchase is made): https://www.amazon.com/dp/0810925087?tag=onamzthevinfa-20&linkCode=ssc&creativeASIN=0810925087&asc_item-id=amzn1.ideas.3Q8UFCRD6829Q

The public is always cordially invited to our Fabric Friday series in the forums. There have been 38 posts so far, and you are welcome to comment, ask questions, and share your thoughts on any of these.