Dressing Gown: A robe worn in the bedroom or dressing room literally before or while dressing. Always a long sleeved and ankle garment, often in the wrap style with sash, although it has been seen with a button front. The style often is derived from the men’s robe style, with shawl collar, cuffs and tie belt. Over time, they were made in heavier fabrics suitable for general at home wear. The lines tend to follow current fashion.

Negligee: From the 19th C, a loose fitting , attractive robe worn informally at home. Usually trimmed with lace or ribbon, this was worn for rest with out a corset, or over a loosened corset. Supplanted by the tea gown in the early 1900s, it is now a feminine dressing gown in sheer fabrics.

Peignoir: From the French ‘peign’ to comb. Originally a combing jacket worn over undergarments while dressing the hair. By the late 19th and 20th C, became a lightweight, often sheer robe worn over nightwear or undergarments in the bedroom. Always a loose garment with a tie at the neck and an open front. Worn in various fabrics from as early as the 16th C. 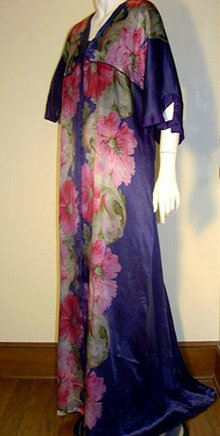 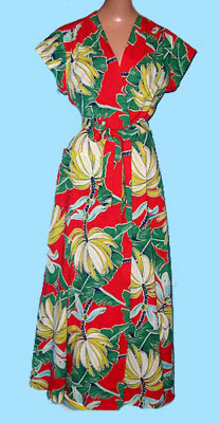 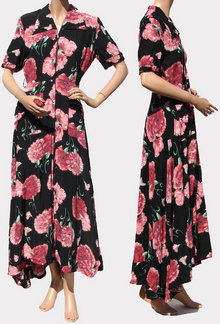 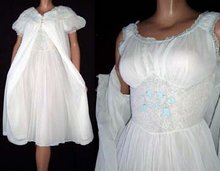 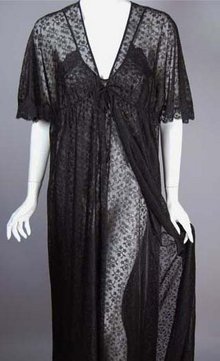 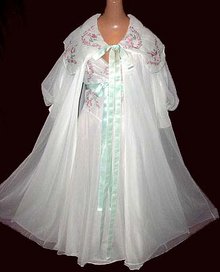 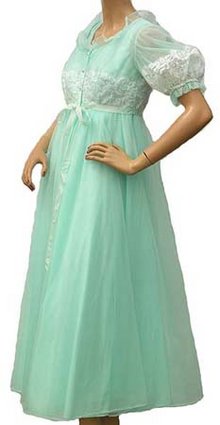 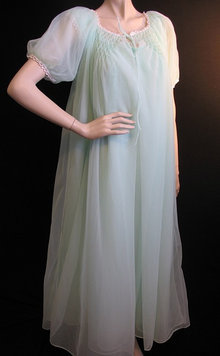 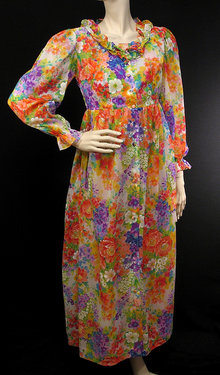 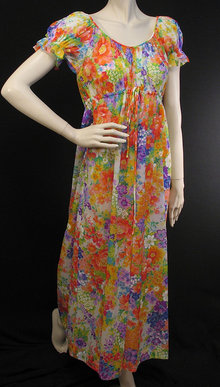 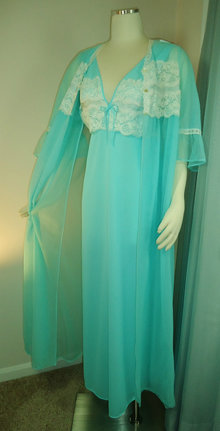 Courtesy of Jazzbug
← previous next →