The camisole is a waist length undergarment worn from the early 20th C to present, first under the corset, then later over the bra. Camisoles never buttoned as they would have been worn under the corset. In the later 1910’s and 1920’s, chemises started to be known as camisoles, chemise was considered a bit of an old fashioned word. Occasionally worn today as the only upper body undergarment. 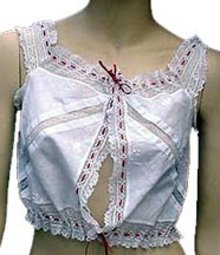 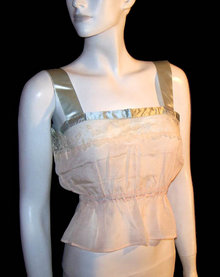