In 1837, sixteen-year-old Louis Vuitton became an apprentice to a Parisian luggage maker. He established his own trunk-making business in 1854 and opened a retail outlet for selling them in Paris. By 1886 the business had expanded with a store in London, but it was under Louis’s son Georges that the company gained its international reputation.

Georges Vuitton launched the famous Louis Vuitton logo canvas in 1896 in an attempt to stop the counterfeiting of Vuitton products. Under Georges’s guidance, the company began producing a wide selection of not only luggage, but also handbags. They began building stores all over the world.

In recent years the name became more fashion forward, with the hiring of Marc Jacobs in 1997 as chief designer. In 1998 a Louis Vuitton line of clothing was launched. As in all luxury lines, Louis Vuitton is often faked, with a small percentage of items bearing the famous logo actually being made by the Louis Vuitton company. 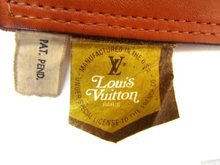 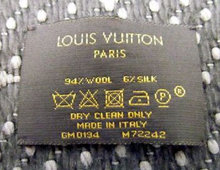