Sambo was established in the late 1940s by Samuel Sherman. In the 1950s Sambo became known for their floral shirtwaist dresses. They used high quality cottons, often from Marchington Cottons, much in the same vein as Horrockses. Samuel Sherman is also known for his Dollyrockers line from the 1960s and 1970s. 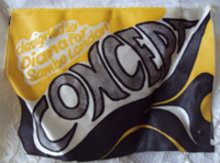 Courtesy of vmode
← previous next →