The Right Bank Clothing Company was a trendy boutique in Beverly Hills, California, founded in 1975 by Donald Pliner. Born in Chicago in 1943,  Donald and his brother Elliott got their start as apprentices to their father Leo in the family-owned Pliner’s Florsheim Family Shoe Stores. In 1967, at age 23, Donald opened his first retail store, Pappagallo, in Beverly Hills, making $1 million in sales the first year of operation.

The Right Bank Clothing Company opened its doors in 1971, also in Beverly Hills, and soon became known for its fashion-forward styles and as a showcase for new European designers. A second boutique was soon opened in New York city. In 1984, the store changed its focus, becoming The Right Bank Shoe Company.

Donald Pliner went on to create an eponymous shoe company, which he and his wife Lisa designed for until 2015, when they left to create a new brand. Reviving the name The Right Bank Shoe Company, they emerged with a line featuring men’s and women’s shoes hand-crafted by Spanish and Italian shoemakers. 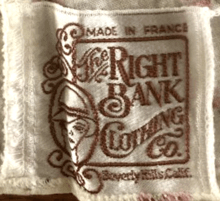 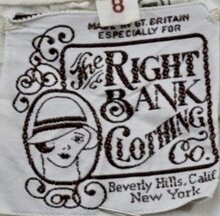 Courtesy of Lynda's Hats
← previous next →