North Beach Leather was established by Michael Hoban and Frank Morgan in the mid 1960s as a leather goods store in Los Angeles, California. In 1967 the shop was moved to San Francisco, to the North Beach section of town, hence the name. Hoban’s leather designs proved to be popular with the San Francisco hippies and a branch was soon opened in Berkeley.

North Beach Leather did custom work for celebrities such as Elvis and Elton John. His designs are known for their boldness in both color and design. They were also known for their priceyness, as these were quite expensive garments.

By the early 2000s there were eleven North Beach Leather stores, but financial difficulties caused all but the San Francisco store to close in 2004. Hoban left the company, which was acquired by its general manager, Skip Pas. 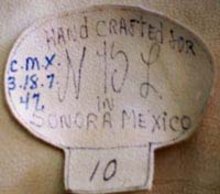 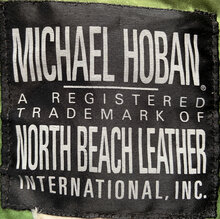