Munsingwear began in 1886 in Minneapolis, Minnesota. The founders, George D. Munsing, Frank H. Page, and Edward O. Tuttle, incorporated the business as the Northwestern Knitting Company. Their product was knit underwear for the entire family. The name of the company was changed to Munsingwear in 1919.

According to some sources, Munsingwear was the originator of the knit golf shirt. In 1955 they put the penguin logo on their Grand Slam gold shirts. By the 1980s Munsingwear had several menswear lines, including Grand Slam, Kangaroo, and Cotton Classics. Women’s underwear was produced under the Vassarette label, which was formed when Munsingwear acquired the Vassar Company in 1951.

Both Munsingwear (owned today by the Perry Ellis Company) and Vassarette (part of Vanity Fair Corporation) are still in operation. 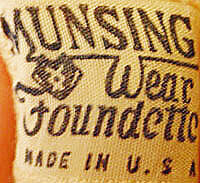 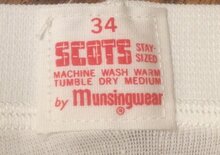 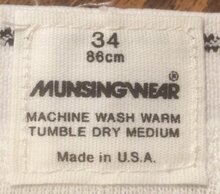 Courtesy of Welldressedmonkey
← previous next →