Ralph Lauren (b. 1939) was born Ralph Lifschitz in the Bronx, New York. It has been reported that his father, Frank, an immigrant Russian house painter, encouraged Ralph to formally change his name to Lauren to inspire his son to recreate himself in the image of a mythic upper class. He worked as a glove salesman for Brooks Brothers and later Rivetz, a Boston tie maker, while going to night school for business studies at City College. In 1967 he landed a job as a tie designer for Beau Brummel of New York. The company gave him his own style division, which he named Polo because of the sport’s refined image. The following year saw the launch of the Polo label in shirts and suits.

In 1971 Lauren adopted his polo-player-on-horseback logo for a line of clothing for women and he added shoes to the lineup in 1972. That same year the first Polo store opened on Rodeo Drive in Beverly Hills and the first in-store boutique opened at Bloomingdale’s in New York. Lauren’s profile rose in the early 1970s when he won three Coty Awards for design and made costumes for the movies The Great Gatsby and Annie Hall.

Lauren led the designer pack into home furnishings, introducing his Home Collection in 1983 and a line of paints in 1996. He opened his flagship store in New York in 1986. The company expanded upmarket with its Purple Label in 1994, and downmarket with Polo Jeans in 1996. Polo went public in 1997 and re-organized the following year, closing nine stores and cutting 4% of its workforce. In 1999 Polo bought hip Canadian retailer Club Monaco to compete in the burgeoning youth market. In 2000 Polo purchased its European licensee to give the company greater control over its brand. 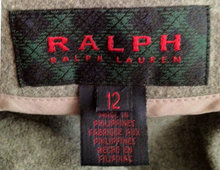 Courtesy of pinupdresses.com
← previous next →