Jeanne Lanvin (1867-1946) opened a millinery shop in Paris in 1890. She became known for the beautiful dresses she was making for her daughter so, in 1909, Lanvin opened her dressmaking business.

By 1915 she had developed the style for which she was most famous, the robes de style. These dresses went against the prevailing style of the time, and featured a small waist and full skirt. Lanvin continued to design the robes de style dresses even in the 1920s.

Lanvin died in 1946, and the business was taken over by her daughter, who hired Antonio del Castillo in 1950 to design the collection. During this time, the house became known as Lanvin-Castillo.

Castillo left in 1962 and was replaced by Jules-Francois Crahay, who was the head designer from 1963 until 1984. After that time there was a succession of designers including Hervé Leger and Claude Montana. From 2002 through 2015 Elber Albaz was chief designer at Lanvin. 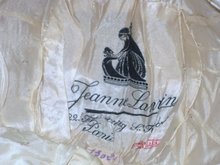 from a 1920s cloche feather hat 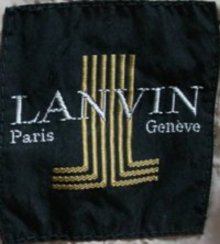 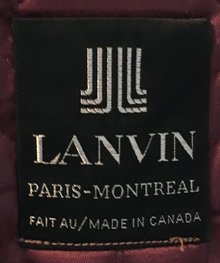 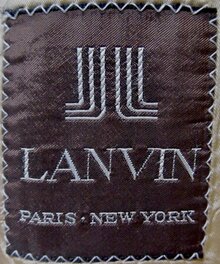