Calvin Klein (b. 1942) designed for various Seventh Avenue fashion houses for five years before launching his own line of coats in 1968, bankrolled with $10,000 from childhood friend Barry Schwartz, who handled the business. That year Bonwit Teller placed a $50,000 order. Klein expanded into sportswear in 1970, realizing that coats were too season-specific. His sportswear collection received a Coty award for three years running, in 1973, 1974, and 1975. The designer’s look became so influential that by 1975 Vogue was calling his work “a definitive picture of the American look.”

Klein entered into a jeans licensing agreement with the Puritan Fashion Company in 1977 and in 1980 he introduced his designer jeans in a 1980 commercial where 15-year-old Brooke Shields was paid $500,000 to suggest she was pantiless when she uttered “Nothing comes between me and my Calvins.” 200,000 pairs sold in the first week! Sales of designer jeans peaked in 1982 and in 1983 Klein bought back his jeanswear license from Puritan fashion for $60 million.

Klein’s next big success story was the reinvention of underwear. In 1984 he unveiled a huge billboard in Times Square bearing a well-toned young male model wearing nothing more than Klein’s new sexy reinvention of classic ‘tighty-whities’ and an appendectomy scar. Gender-bending boxer shorts for women soon followed. Not to be outdone, the following year, in 1985, Klein released his first fragrance, Obsession, with ads featuring a slew of carefully posed nude models. Klein signed a pact with Marchon Eyewear in 1991 to make Calvin Klein eyewear, first put on sale in 1992.

Klein’s long run with success started to go rocky the same year his pal David Geffen bailed the company out of $62 million in junk bond debt inherited from the Puritan buyback and also helped Klein license his underwear business to Warnaco. Global licensing expanded in the early 1990s, but Klein was losing his older, established clientele who had followed his designs throughout the 1970s and 1980s. In 1997 Klein drew huge criticism for using models who looked underage, underfed, and drugged out. His new 1998 advertising campaign focused on healthier-looking models, but when he used children in an underwear campaign in 1999 he had to withdraw his print and film ads under accusations of promoting child porn. Klein shopped around for a merger or buyout in 1999, but after talks with Tommy Hilfiger failed, he took the company off the market in 2000.

Things went from bad to worse when Klein filed suit against Warnaco, accusing it of selling full-price merchandise in discount outlets, settling out of court in 2001, the same year he cut his staff by 10% and shut down his CK mid-priced sportswear division (the last business that was manufactured by the company itself). Phillips Van Heusen acquired Calvin Klein in early 2003; around the same time that Klein created an embarrassing public display at a basketball game where he seemed despondent. Barry Schwartz left the company and Francisco Costa replaced Calvin Klein as head designer in 2003. 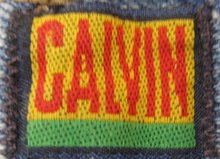 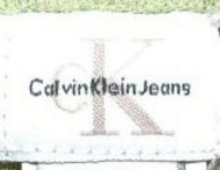 Courtesy of morning-glorious
← previous next →