Alexander Julian’s design career began in 1975, when he moved from his native Chapel Hill, NC to New York, determined to throw his hat into the menswear ring and win a Coty award before his 30th birthday. He won his first of five Coty awards in 1977, beating his self-imposed deadline by a year.

From its inception, Julian’s core menswear design concepts revolve around fabric: As Julian said in a 1986 interview, “Shapes are important. Details are important. Certainly how you put them together is important. But the main thing we are selling is fabric”. For 33 years, Julian and his design staff have designed their own textiles, upwards of “6000 a year, two-thirds of which will be used in one of our collections”. In an age when most designers have “corridors of assistants who scurry around the world trying to find fabrics—we create our own fabrics to start with”. Given its emphasis on textile design, a proper analysis of Alexander Julian menswear
must use many of the tools of both the art and fashion critics.

The first six years of Julian menswear (1975-1981) was represented in the marketplace exclusively by what Julian calls “Collection”. Many of the Julian labels produced during this period contain the term “Bespoke”. The use of this term (as well as his later use of the term “Couture”) in association with his menswear lines requires some explanation, especially for those less familiar with the highly specialized vocabulary associated with mens tailored clothing production. Circa 1975, the term “Bespoke” denoted something akin to the womens wear use of the French term “Couture”: detailed measurements of the customer, paper pattern making, individualized fabric cutting, hand tailoring, “basted” fitting(s) and, finally, the emergence of a suit made uniquely for its new owner. Apart from the unparalleled degree of comfort and the ne plus ultra fit, one of the hallmarks of a “Bespoke” suit or jacket is the presence of working sleeve buttons, a detail highly valued among the menswear cognoscenti.

Julian’s “Ready-to-Wear” suitings and sport coats featured, for perhaps the first time in the history of American menswear, details such as working sleeve buttons and boutonnieres on jackets, lapelled vests and watch fobs on trousers. When taken as a whole, these details amounted to such a radical departure from the “norm” in mid-70’s RTW menswear that the term “Bespoke”, while not technically accurate, is wholly appropriate.

In 1981, the emergence of the breakaway department store success “bridge” line—Colours by Alexander Julian—begins to complicate any serious appraisal of the designer’s work, as much of the content of the “Colours” line involved the reiteration of design motifs launched earlier in Collection, resulting in garments containing many Julian trademarks, but at significantly lower prices. While the licensed Colours line was a smash hit with the public and sold well for many years, as market imperatives began to exact their inevitable toll, Colours began to drift further and further away from Collection in terms of both design sensibility and quality, until the “Colours” line, by the 2000’s, now reduced to little more than basics, eventually became available in Sam’s Cub and Wal Mart. A recent re-branding and relaunch of Colours has resulted in greater alignment with Collection (known since 2002 as “Alexander Julian Private Reserve”), though it remains to be seen if the brand’s reputation can be rebuilt in the public’s eye.

Collection, meanwhile, from 1981 through 1983, moved from strength to strength. Julian began to evolve an approach to color and fabric as distinctive as any in the industry, often subtly blending as many as 20 different colored threads into a tailored clothing fabric. “Giving”, as Julian liked to say, “an executive something interesting to look at while meeting with the Chairman of the Bored”.

For the Fall 1983 Collection, Julian began to shift the production of his tailored clothing to Italy under an agreement with the Zegna factories. Because of the vertical nature of Zegna’s production capabilities (sheep—>fabric—>finished garment), Julian was finally able to create the fabrics he’d always imagined in his mind’s eye, designing dazzlingly complex, but subtle fabrics that remain without equal to this day.

The relationship with Zegna lasted until 1986, when market forces dictated a return to domestic production. A partnership was forged with the esteemed Martin Greenfield factories in New York, who produced tailored clothing for Collection.

With the 1990’s came a gradual softening of Collection, brought about in no small measure by downturns in the country’s economy as well as by multiple changes of manufacturers. By 1992, production of Collection ceased.

A decade later, having developed a very successful line of furniture, Alex returned to menswear design with a bang in 2002, creating a menswear concept revolving around Julian’s passion for wine: “Alexander Julian Private Reserve”. With tailored clothing production out of the Maconde factories in Portugal, “Private Reserve” has evolved into a highly sophisticated and (perhaps over-)specialized brand of menswear. 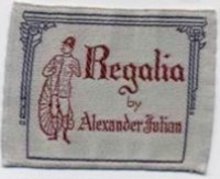 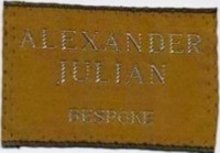 Courtesy of flaneur
← previous next →