Hart, Schaffner and Marx evolved from the men’s shop Harry and Max Hart opened in 1872, in Chicago, where clothing was desperately needed after the Great Chicago Fire. As the local population’s urgent need for clothing subsided, their quality and focus improved. In 1879, Marcus Marx bought into the company, and in 1887 Joseph Schaffner followed, becoming Hart Schaffner and Marx.

Before this time, salespeople sold from large sample trunks and Hart, Schaffner and Marx clothing was the first to be sold through the use of fabric swatches. In 1936 they introduced the first mass-marketed zipper-fly men’s pants. The company produced military uniforms for the US Army during World Wars 1 and 2, and later, designed uniforms for female cadets in the 1970s, through its subsidiary, Fashionaire.

In 1983 the company changed its name to HartMarx to reflect its new role as a conglomerate. Its labels have included Hart Schaffner and Marx, Royal Shirt, and Keithmoor and licensed trademarks such as Kenneth Cole, Evan-Picone, Sansabelt, Claiborne Men, Jack Nicklaus, the Wimbledon Collection, Perry Ellis and Pierre Cardin, and maore. Hart Schaffner and Marx is still in business today. 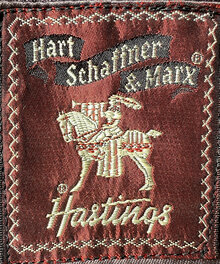 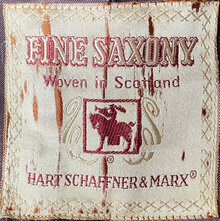 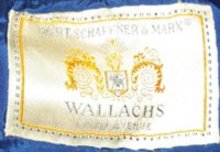 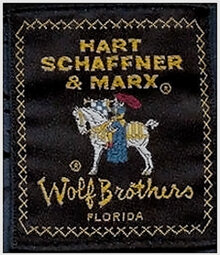 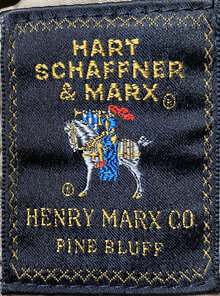 from a 1970s cashmere blazer