In 1919 tailor’s apprentice Mr. Lew Harris returned to England from the USA and set up a small clothing manufacturing business in London which began trading under the name “L. Harris (Harella) Limited”.

The operation moved to Halifax (North of England – West Yorkshire) in the 1940s; some sources say 1930s, but the local papers say 40s. In addition to retaining their London factory, they opened one in Birkenhead (on the other side of the Mersey river from the city of Liverpool).

In 1963 the company was taken over by the immense Selincourt Group in a deal said to be worth more than £3 million. By this time it was trading as Harella International Fashions and achieved international standing in its own right as the second largest exporter in the UK fashion industry. In 1967 Harella closed its dispatch unit at Brunswick House in Halifax and transferred it to their London headquarters. This left only the factory located in Halifax, based at Croftmyl in West Parade.

In 1968, when many other firms had been affected by economic squeezes, Harella’s sales were expanding both in the UK and abroad. That year they opened outlets in six more countries and experienced their busiest season so far, with the Halifax factory in a constant flurry of activity, turning out women’s garments for a worldwide market. This caused the firm to undergo a sweeping reorganisation in Halifax, introducing new machinery to improve work turnover and throughput, the factory’s training school doubling in size, and more jobs-especially for school leavers. In the 60s their workforce averaged around 700 employees, which was immense for a British clothing firm at that time.

The textile industry regarded it as one of the most enterprising firms in a highly competitive field. Lew Harris himself was the one who initiated the trend for a wider-range sizes for women’s garments.

In 1979 Harella was taken over by the Barnsley-based firm S. R. Gent & Company Limited which kept on the 123 employees at Croftmyl. The factory finally closed in that year and the Croftmyl building went on to become occupied by the Halifax Chamber of Commerce. 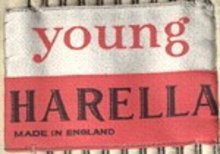 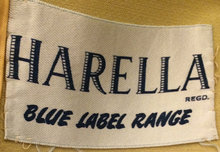