Ms. Reed led the company through the Great Depression and WWII. Her company was known for excellent working conditions and benefits, including group hospitalization and tuition money for employees and their families. In 1937 the company’s new building became the first in Kansas City with air conditioning.

During WWII the company produced several types of uniforms for the Army and Women’s Air Corps. Annual revenues reached $14 million by 1945.

Nell Donnelly Reed retired in 1956, and the company changed its name to Nelly Don, Inc. Clothing was manufactured through the 1960s and 1970s. Fabric was added to the product line in the 1970s, but the company filed for bankruptcy in 1978. 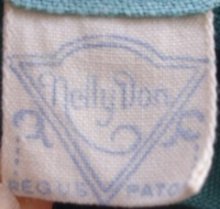 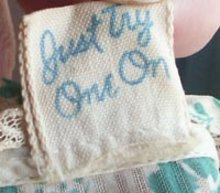 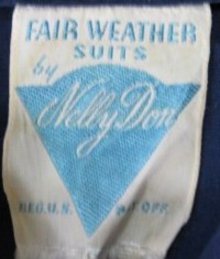 from an early 1950s coatdress

from a late 1960s mod-influenced dress

Courtesy of vintagevoyager
← previous next →