In 1934 Mary Ann Deweese entered the California clothing industry by designing for Los Angles Knitting Mills. She left to design sportswear for Sandeze, another California clothing house. She designed there for three years. Mary Ann then spent twelve years as head designer for Catalina, where she received world-wide acclaim as a designer.

She worked with top studio designers on suits for the stars and for many years designed the swimsuits worn in the Miss America pageant. She also worked with Schiaparelli. Mary Ann was credited with such innovations as texture use, including Jacquard knits and appliquéd stretch cottons. She also introduced “sweetheart” matching swimwear and sportswear for men and women.

Having reached peaked success with Catalina she decided to launch her own company in 1951, called “DeWeese Designs,” turning out high-fashion swimsuits and sundresses. Her early swimsuits were often decorated with fanciful appliques and rhinestones. In 1961 she designed the official U.S. team suits for the World Water Team Championships and the Olympics in 1960.

The DeWeese Design label lasted until at least 1984. 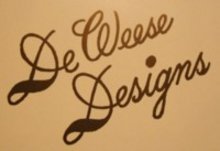 1953 font from an ad in California Stylist 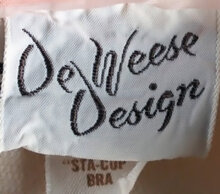 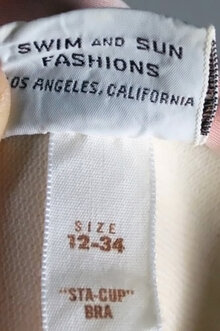 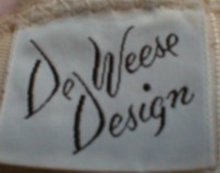 Courtesy of route66gal
← previous next →