Coogi is an Australian knitwear firm, founded in 1969, and known for complex, textured designs and bold colors. The heyday for the label was the 1980s–1990s. Working in silk and wool fibers, the sweaters were marketed as high-end knitwear. From an October 2003 piece at theage.com: “Less than a year after a group of United States investors bought the troubled Australian clothing manufacturer, Coogi is ready for its global re-launch. The company is now preparing to unveil five new lines: Coogi Luxe, Coogi Collection, Coogi Authentic, Coogi CIII and Coogi Australia.”

As of 2014, there were collaborations announced with Rag & Bone, Android Homme and Puma. The company is still active with the focus on men’s and women’s sweaters. 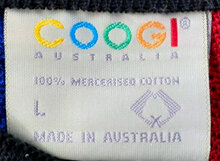 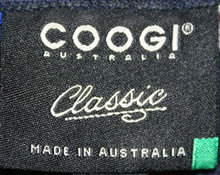