Bobbie Brooks used an organized plan of choosing which garments to manufacture. This plan utilized a consumer board made up of 600 of their targeted consumers – junior-sized teens and young women. The company is now owned by Garan, and as of 2010, was carried in Dollar General stores. 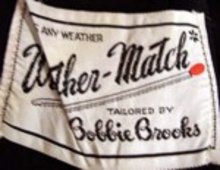 from a 1950s gabardine jacket 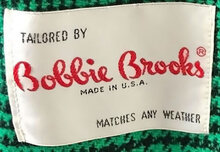 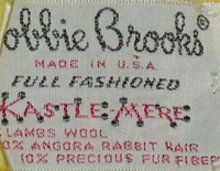 from an early 1960s sweater

from an early 1970s sweater 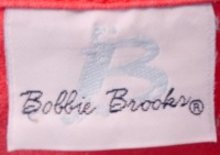