Bill Blass (1922-2002) began sketching glamorous fashions in the mode of those he was seeing out of 1930s Hollywood as a boy in Fort Wayne, Indiana. He went to New York in 1940 to attend Parsons School of Design, and then worked at David Crystal as a sketcher.

After the war, and after a brief stint at Anne Klein, Blass ended up working as an assistant to Anna Miller. (Most sources give the year as 1946, but Blass gives the date as 1949 in his autobiography.) He also hired Missy Weston, a girl with social connections, to be his model. Through her he attended parties, meeting the people he hoped to dress. In time, he became a part of this social scene, giving him great insight to the way sophisticated New York women needed to dress.

Throughout the 1950s, Blass worked at Anna Miller, developing the glamorous style for which he would be best known. In 1959, Anna Miller merged with the company her brother had founded, Maurice Rentner, and Blass became the designer. His name was put on the label in 1960. In 1962 Blass became the vice-president of that company. Blass bought the company in 1967, and in 1970 the name was changed to Bill Blass, Ltd.

By this time Blass was a major US designer, and he was in big demand at NYC parties. He was also expanding his business, first with a lower-priced line, Blassport, in 1972, followed by dozens of licenses.

Blass continued to dress women in glamorous styles, even in the unglamorous early 70s. In 1975 he even brought back the cocktail dress, which had all but disappeared from the fashion scene. In the 80s, he became one of First Lady Nancy Reagan’s favorites, and in keeping with the times, designed luxurious clothes from ornate fabrics using bright colors. As times changed, so did Bill Blass, but he produced clothes full of glamour and luxury to the end of his career, designing for the women he understood so well. After suffering a stroke in 1999, he sold Bill Blass, Ltd., and retired from designing. He died in 2002.

The first designer to replace Blass was Michael Slowik. He was there for a year before he was replaced by Lars Nilsson, his assistant. Nilsson was fired just after the showing of the Fall 2003 line. The line was designed by Michael Vollbracht during the mid 2000s. In July 2007, Peter Som was made designer of women’s wear at Bill Blass. By 2008 the line was in financial trouble, and the owners were seeking a buyer. There was no showing of the Spring 2009 line, and designer Som quit in October. In December 2008, it was announced that Bill Blass would be closing, but that licenses would still be produced.

“No woman can be well dressed unless she is comfortable in what she is wearing.” Bill Blass

from an early 1970s evening gown 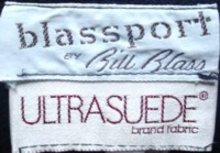