Bestform was a lingerie company, started in 1924. They made lingerie under their own label, and in the 1970s and later they produced Christian Dior and Oscar de la Renta lingerie, and they also held the Lilly of France label.

Bestform was acquired by VF Corporation in 1998. 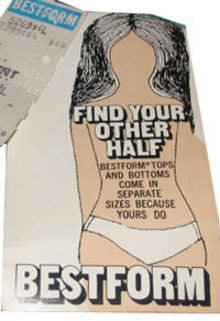