Established in 1903 as W Barratt Boot and Shoe Company, in Northampton, a town traditionally known as the centre of footwear manufacture in England.
During the 20thC the company’s successful advertising slogan was ‘Walk the Barratt Way’.
By 1939 Barratts had 150 branches. It was purchased by another traditional English footwear company Stylo Boot Company Ltd in 1964 which had 150 outlets of it’s own and the company continued to trade under the Barratts name, growing to 400 retail outlets.

In the 1990s it suffered competition from low cost foreign trade and was merged with the company ‘PriceLess’. By this time the company was based in Bradford and had 300 UK & Ireland concessions within Arcadia group stores such as Dorothy Perkins, as well as selling online through their own website, and online with the retailer Wallis.

In 2008 Stylo purchased 24 stores from the collapsed shoe retailer Dolcis and they were rebranded Barratts. In the following 6 years the company entered administration 3 times and changed hands several times. In January 2014 the Barratts brand and website were purchased by the footwear entrepreneur Harvey Jacobson (whose group owns over 75 shoe and clothing brands, including the british Lotus and Ravel) and the former buying and merchandising director of Barratts, Simon Robson. 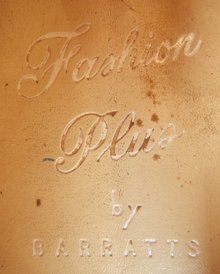 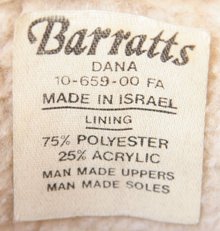