Bali was started in 1927 as Fay-Miss Bras by Sara and Sam Stein. Ms. Stein had worked in a brassiere manufacturing factory and had ideas about how to make a better bra. Sara made the bras on her home sewing machine, and Sam sold the product to New York department stores. The venture was very successful, and they soon became leaders in the bra industry.

In 1935, they changed the name of their business to the Bali Brassiere Company. Their ad slogan, “A bra for every figure” summed up the company’s attitude toward fit and comfort. Through the 1940s and 50s, they continued to develop new styles and to grow as a company.

The Steins retired in 1969, and controlling interest in Bali was sold to Hanes. Today Bali is part of the Sara Lee Corporation. 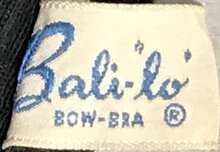 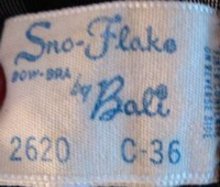 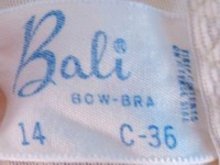