Laura Mountney Ashley (1925-1985) and husband Bernard Ashley started Ashley-Mountney Ltd in 1953 as a small screenprinting business that they ran from their home. They produced scarves and fabric kitchenwares such as placemats and towels. At first the business was located in London, then Kent, UK, but in 1961 they moved it to Carno, Wales, UK. By this time they were also making aprons and gardening smocks under the Laura Ashley name.

After the move to Wales, the company was able to expand, moving from the house to a larger building, with better printing machinery brought in. The first true Laura Ashley dresses were made in 1966. These dresses had a rural, old fashioned feel, and were right in step with the craze for nostalgia in dressing that came with the end of the 1960s. The dresses were made from the textiles printed by the company, and the designs were often modern interpretations of antique prints.

By 1970s, there was a string of Laura Ashley stores across the UK and the Continent, and the first store was opened in the US in San Francisco is 1974. By the 1990s there were 100s of stores worldwide.

Laura Ashley died in 1985, the result of an accident. By that time the company’s designs had come to be more in line with mainstream fashion, and they were producing a full line of women’s clothing. Still, floral dresses were a hallmark of the “Laura Ashley Look.”

By the late 1990s, the US business was struggling, and was sold. The North American Laura Ashley stores were closed, but their home furnishings were licensed and sold through other retailers. Today, Laura Ashley clothing is sold mainly in the UK, but a few North American stores carry the line as well. 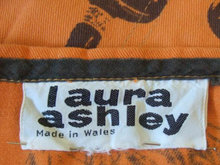 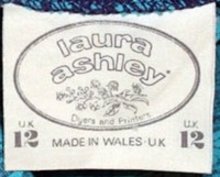 from an early 1970s cotton smock, Dyers and Print 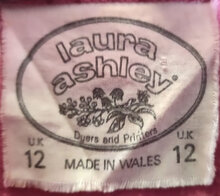 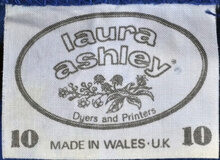 from a 1970s long cotton dress 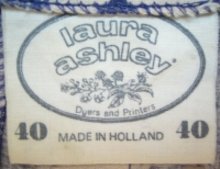 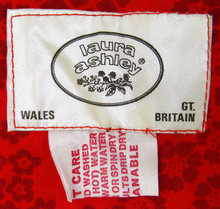 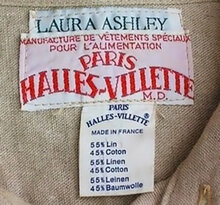 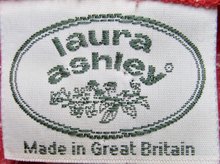 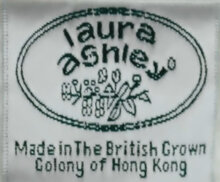 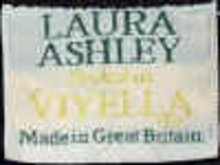 from a 1980s tartan Viyella dress 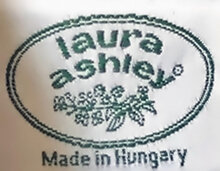 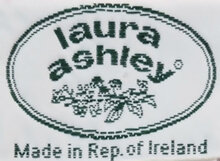 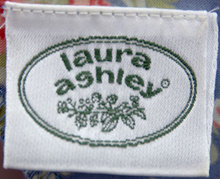 from a 1990s denim shirt dress