Boater (Sennit, Skimmer, Sailor): The boater hat is made of stiff sennit straw (flat, braided cordage) and has a flat top, a shallow, oval crown, and a flat brim. The crown of the hat is usually decorated with a grosgrain ribbon of black or university stripe with a flattened bow.

As you might expect, the boater hat takes its name from its initial association with the sport of boating and, because of this, it was originally considered to be strictly summer headwear. The boater is always made in natural shades and is a popular choice of barbershop quartets, politicians, British butchers and costermongers, and vaudeville performers.

There is also a deep-brimmed boater variation worn by English public school children called a Harrow hat. The boater hat was worn as early as the 1860s by both women and children but did not truly come into fashion for men until around the 1880s. Although it remained fashionable through the 1930s, it began losing popularity to both the Panama and the trilby after World War I.

The boater experienced a small resurgence in popularity in the mid-1950s when the soft-shoulder “Ivy look” for menswear came back into fashion. It is worn correctly with either a suit or a sport jacket and, when sporting a black band, it may be worn with a warm-weather dinner jacket. 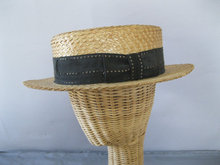 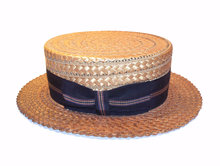 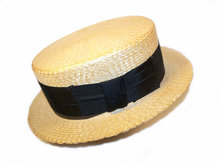 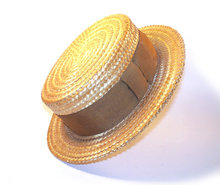 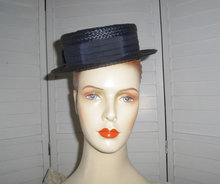 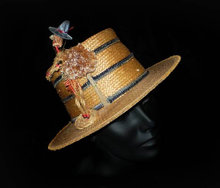 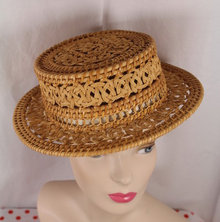 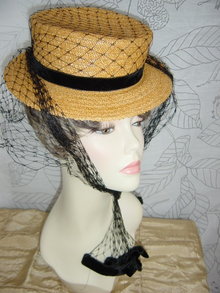 Courtesy of cmpollack
← previous next →