The trucker (or mesh) hat (or cap) was made popular in the 1970s by cross-country truck drivers.

They have a foam front crown with mesh back and an adjustable snap closure. The style started out as the cheaper cousin of the baseball cap.

Trucker hats usually sport advertising or whacky slogans on the front foam panel and come in a variety of colors.

Truckers got them free as promotional giveaways at truck stops or purchased them inexpensively from road stop tourist/souvenir stores.

A trend began, and in the late 1990s to early 2000s, celebrities started sporting trucker hats around town and on the red carpet. Ashton Kutcher, Pharrell Williams, and Paris Hilton were often photographed wearing trucker hats.

Many websites popped up in the early 2000s selling vintage and reproduction trucker hats to the masses.

Companies such as Von Dutch and American Eagle made expensive versions of this style. 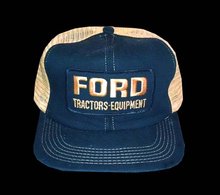 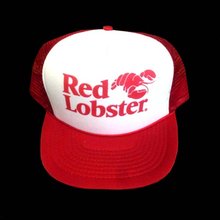 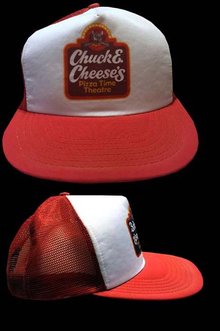 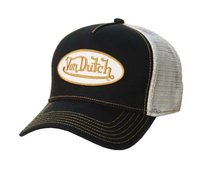 Courtesy of kevinandme
← previous next →