The pork pie hat is similar to the fedora but it has a flattened top and a thinner, flat brim. It gets its name from its resemblance to an edible pork pie.

Pork pie hats can be made of felt, wool, and even straw.

They have remained in style since the mid-19th century. Today, the pork pie hat is usually worn by fashionistas drawn to hip subcultures. 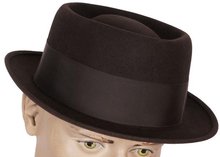 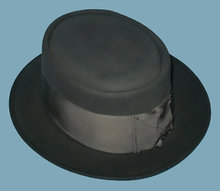 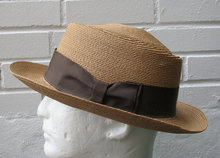 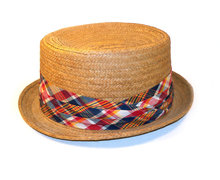 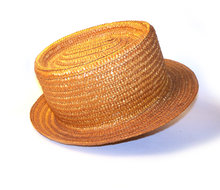