Disco hats are head wear used for disco dancing. They became popular in the mid to late 1970s.

Men wore fedoras. White with black trim was a favorite, as were oversized newsboy-style caps. 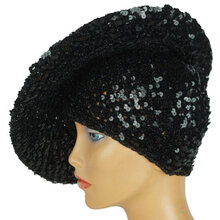 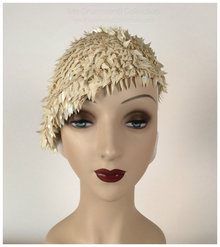