Greek Fisherman’s caps are flat-crowned, soft caps with a small, firm visor and a decorative braid between the visor and the crown. They are traditionally made of black or navy wool, and can also be made from denim or corduroy.

They were first used as cheap workwear in Europe during the 19th century, mainly for factory workers and sailors. By the late 1800s they had gained wide use by Greek fishermen and sailors. During the 20th century the caps became popular with the general public for all sorts of sailing and boating.

In the 1960s their popularity exploded when John Lennon wore one during The Beatles’ U.S. tour. Bob Dylan and other folk musicians also wore them. The hats have never really fallen out of style, and are still popular not only with sailors but also as street wear. 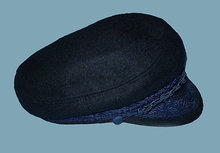 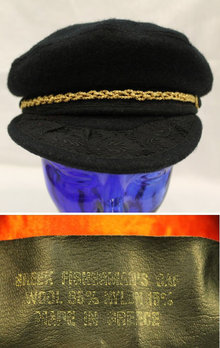 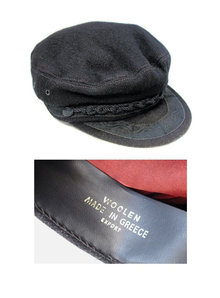 Courtesy of misterbibs
← previous next →