The fez is a brimless cone-shaped cap with a flat top. It can also be short and cylindrical. Made of wool or felted wool, the fez usually has a silk tassel attached to the top.

Around 1,000 years ago, Muslim hajj pilgrims to Mecca were redirected to the alternate Holy City of Fez, and merchants there supplied them with a Persian headdress made of kilim felt, dyed Islamic red. This new style became popular with sophisticated city dwellers as well as with the pilgrims. It eventually became the traditional headgear of the Ottoman Empire.

Around the turn of the 20th century the fez was worn as an exotic part of a man’s luxury smoking outfit in the U.S. and the U.K.

The fez was banned in Turkey by Ataturk (The Hat Law of 1925), and fezzes (also fezes) were replaced by flat caps as the primary hat for men.

A number of fraternal organizations are known for wearing fezzes, the best known being the Shriners. The fez became the official Shriners’ headgear in 1872. 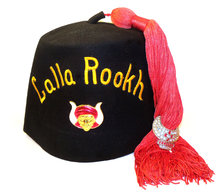 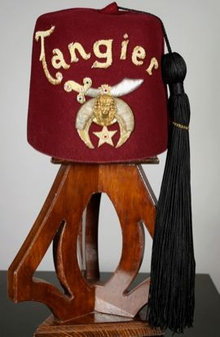 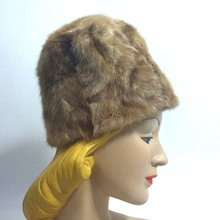 Courtesy of dorotheascloset
← previous next →