The deerstalker (fore-and-aft cap, tweed helmet, Sherlock) was originally used as a hunting cap, most often for deer stalking.

The first recorded use was in 1871, and by the early 1890s it had been popularized by Arthur Conan Doyle’s character, Sherlock Holmes. The hat is now commonly known as a Sherlock in British circles.

It is traditionally made from a wool tweed or twill. It has front and rear visors as well as rounded side flaps, which are tied in a bow at the top when not in use. The visors protect the wearer from the sun and the flaps from wind or cold. 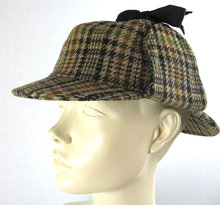 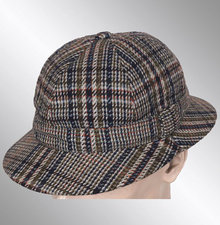 Courtesy of vintagefanattic
← previous next →