The Balaclava (or balaklava), aka Balaclava helmet, helmet liner (military), or ski mask, is a cloth headpiece that covers the entire head, neck, and nape leaving only the face, or parts of the face, exposed.

According to Richard Rutt’s History of Handknitting, the first recorded use of the term “Balaclava helmet” did not appear until 1881 even though its origin is the Crimean War of 1853 to 1856. Balaclavas were made for soldiers to help stave off the bitter cold of the Russian winters.

Originally knitted of wool, today they are not necessarily knitted and can be made from a host of materials including microfiber. 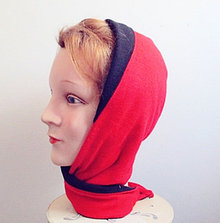 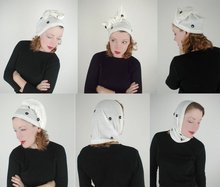