Sea Otter: “Sea Otters have absolutely the finest fur in the animal kingdom. They have an incredibly dense and beautiful fur, up to one million hairs per square inch. By comparison, a dog has about 60,000 hairs per square inch. Otters don’t have a blubber layer like most marine mammals, it’s the fur that keeps them warm and allows them to live in Alaskan waters.” Jim Bodkin, marine biologist.

River Otter: Known as the Land Otter, ranges throughout most of the Canada and the United States, especially throughout Alaska and the offshore islands of the Bering Sea. Adults weigh 15 to 35 pounds (6.8-15 kg) and are 40 to 60 inches (102-152 cm) in length. On average females are about 25 percent smaller than males. When prime, River Otter fur appears black-brown, with the belly slightly lighter in color than its back. The chin and throat are grayish. Otter fur consists of a very dense undercoat overlaid with longer guard hairs, which are usually removed by furriers.

Giant Otter: The South American cousin to the Sea and River Otters of North America, as well as those of Europe and Africa. It can grow to more than 6 feet (2 meters) long and 70 pounds (32 kg), nearly twice as large as its American counterparts. Giant Otters once were found throughout the tropical rain forests of the Amazon, down to Brazil’s Pantanal, the world’s largest wetland. Today they are found only in the most remote waters in tropical South America.

Sea Otters spend almost half their day grooming their fur in order to keep it waterproof and warm – dirty, matted fur would soon lose its insulating properties and put the Otter in peril from cold. This is because the Sea Otter has no insulating fat or blubber like seals and whales. Otter fur is the densest of any mammals, with over 800 million hairs on a large adult! Otter groups are called ‘rafts’.

It is the Otter’s fur that brought the animal to the brink of extinction. In 1745, when fur traders advanced from Siberia eastward along the Aleutian Island chain to Alaska’s Pacific coast, they were seeking Otter pelts for the Asian fur market. The result was drastic. A species that once numbered 300,000 and spread from the Baja Peninsula to the Sea of Japan had by 1899 dwindled to a few thousand Otters in Alaska and a few dozen in California. Attempts at raising them in captivity failed in the late 19th century.

In 1911, the United States, Japan, Russia and Canada entered into a treaty ‘for the protection of fur Seals and Sea Otters in the North Pacific’, by outlawing the killing of fur Seals and Sea Otters by anyone except native peoples. The U.S. was charged with enforcing the treaty and the Sea Otter in Alaska made a remarkable recovery. Today an estimated 150,000 occupy Alaska waters and about 2500 exist along the California coast. Otters only known hunters are humans, Killer whales and Bald eagles are known to hunt Otter pups when other food is scarce.

Sea Otters may play an important role in the kelp forest ecosystem. Otters eat sea urchins, which graze on algae such as kelp. Sea urchins tend to overgraze kelp beds, disturbing the ‘holdfast’ (root-like base) of the kelp which can cause it to break loose and wash away, damaging the habitat and exposing the many fish, mollusks, crabs and other creatures that live in the kelp.

Giant Otters have no predators except humans, who once hunted them widely for their fur. Hunting for their luxuriant fur along with habitat loss, has reduced their numbers to an estimated 2,000 to 5,000. Hunting Otters was profitable and easy. A single giant Otter pelt was worth more than a year’s annual wage for a local resident. Otters are very inquisitive and groups approaching canoes to get a better look were easy targets. The fur trade nearly eliminated them by 1970; between 1950 and 1970, Peru alone exported 20,000 Otter pelts. In 1973, giant Otters were listed on Appendix I of CITIES, which means all trade in their pelts, was prohibited. Prohibiting trade in pelts eliminated the biggest threat to the Otter’s survival. 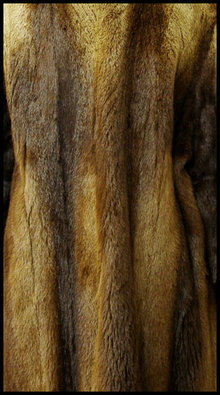 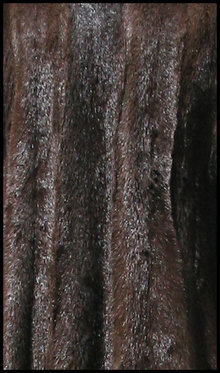