Usually marmots are uniformly colored but mountain forms can have brightly colored belly hair. Stripes or spots are found only on the woodchuck, yellow-bellied and, to a lesser extent, alpine marmots, which have ‘sparkles’ on the back and sides of the body. Fur on the head and back is often darker than on the belly. Light coloration is more or less characteristic, not only of the belly and sides of the body but also of the cheeks, neck and sometimes the shoulders, as in Menzbier’s Marmot.

Density, elasticity, length, and coloration of the hair coat change seasonally. The thickest, softest, and most glistening fur develops in late summer before hibernation when the dark tips of hairs make the fur even darker. Early in spring, after hibernation, the fur quality worsens as it becomes bleached and matted and hairs become brittle and lusterless.

The tail is fairly long and muscular with a thick cover of long rough hairs. The tail’s end has dark coloration. In contrast to squirrels or chipmunks the underside is not parted in two.

The hair is usually lightly colored in the middle with dark distal ends and the cover is fairly thick and longer, as well as darker at the base, on the back and sides (25 – 55 mm) and shorter and whitish colored on the belly (half as long).

The fur quality and length and density of hair cover vary considerably among species and depend on landscape and environmental conditions. Most thick and fluffy fur occurs in black-capped, gray, and Altai marmots that inhabit regions with severe climate. Alpine, Red and Himalayan marmots are distinguished from other pale arctic species by their rough fur. But for the Alaskan marmot, rough fur occurs in North American marmots, which are not hunted for their pelts.

Mongolia leads in the distribution and hunting of Steppe marmots. There are two types of marmot that inhabit the mountain steppe – Mongolian and Altai. From ancient time until the end of the 19th century, the marmot has been hunted (mainly by the poor) for its meat, skin, and fat.

In 1890, fur experts from Leipzig developed a new technology, which enabled them to dye the marmot to equal mink, sable and otter. Fur prices then increased and the government regulated the number of marmots hunted.

Between 1932 and 1990, 70 million were prepared for national use and export. In the transition to the market economy in 1990, fur prices increased 8-10 times, as did hunting. Due to a decrease in Mongolian Marmots, the Government plans to reduce the number of marmot pelts that are exported by 350,000.

Written by the Vintage Fashion Guild 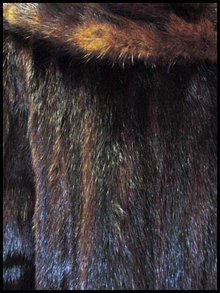 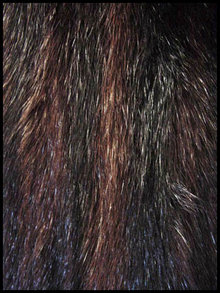 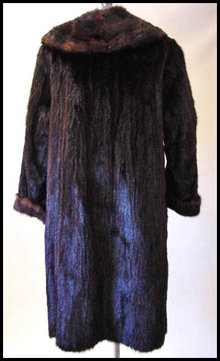 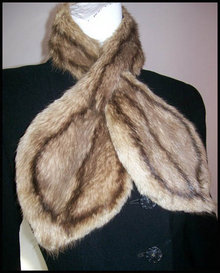 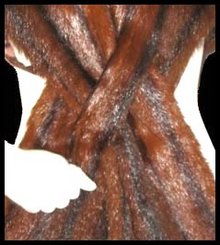 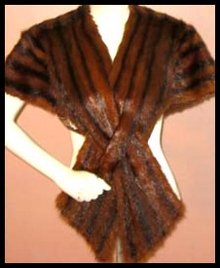 Courtesy of forbidden
← previous next →