Marabou is term often misused, as genuine marabou is no longer available for fashion use. True marabou feathers were from a member of the stork family found in the Arabian Peninsula and were fairly costly.

Marabou feathers are characterized by their very fine, dense, downy and very fluffy short nap (length), and are velvety soft. Marabou was sometimes used as a fur substitute in the 19th century, as well as dress trimmings and muffs, and even powder puffs. Pre 20th century items can still be found with genuine marabou feathers. Today what we call marabou is actually the soft downy feathers of a young turkey, and are very inexpensive and can be dyed in any color. Used today primarily for stage costumes, long thin boas, dress trimmings, lingerie trimmings, fancy slippers, handbags, and hats. In appearance they are very close to the “real thing”. 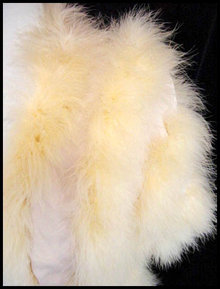 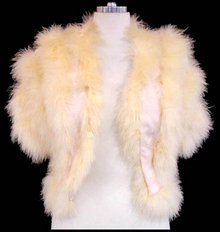 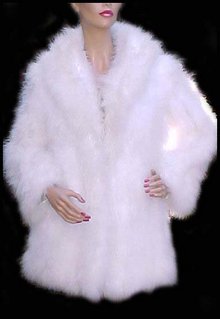 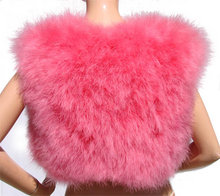 Courtesy of Poppys Vintage Clothing on Ruby Lane
← previous next →